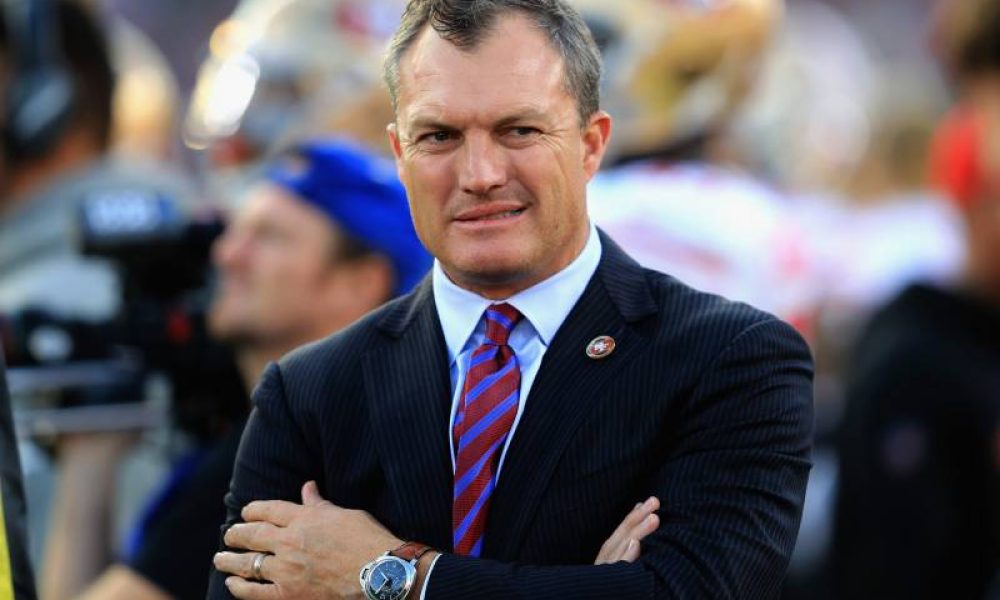 The San Francisco 49ers have gone from a perennial NFC bottomfeeder to a legitimate Super Bowl title contender once again. A big part of that success can be attributed to general manager, John Lynch.

The 49ers have been on the rise ever since they brought in Lynch to run things in the front office. As a result, it appears he’ll be paid handsomely for his efforts. Lynch recently talked about his potential contract extension with San Francisco and believes good things are on the horizon, via Matt Maiocco of Pro Football Talk.

“I don’t know if I’m going to be a lifer at this thing, but I love what we’re doing,” Lynch said. “I love coming to work each and every day, and I think there’s some good news on the horizon. Jed and the York family have been tremendous to me. Hopefully, we have some good news here soon.”

San Francisco is hoping to bounce back after losing to the Kansas City Chiefs in the Super Bowl. Jimmy Garoppolo and company are one of the most well-rounded teams in the NFL. They have talent on both sides of the football with Lynch being the architect of it all.

Read: Lions Could Be Looking At House Cleaning After 2020

With Lynch and head coach Kyle Shanahan in the fold for the long-term future, the 49ers could have a bright future ahead with potentially many more appearances in the Super Bowl in the years to come. Only time will tell if this dynamic duo will work on a long-term basis, but the team is willing to go in that direction to find out.