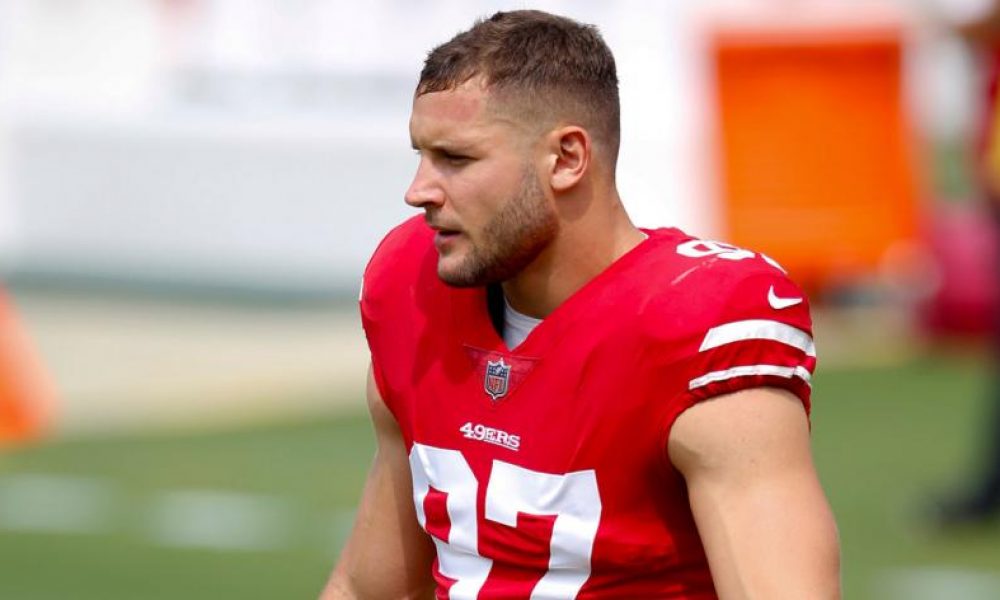 The San Francisco 49ers headed into the 2020 NFL season as a legitimate Super Bowl title contender. Unfortunately, the injuries suffered in the Week 2 win over the New York Jets may change that distinction..

Although the 49ers were able to bounce back from a surprising Week 1 loss to the start the season, San Francisco appears to have lost arguably their best defensive player to injury. Second-year defensive end Nick Bosa has seemingly torn an ACL, according to Pro Football Talk.

Head coach Kyle Shanahan said after the 31-13 win that Bosa “most likely” tore his ACL. Further testing will be done to confirm that diagnosis, but it doesn’t sound too promising for the 2019 first-round pick getting back on the field.

Bosa was coming off an incredible first season with the 49ers in which he won NFL Defensive Rookie of the Year. He quickly became the leader on defense in San Francisco and a key piece to build around on that side of the football.

Unfortunately, the team will more than likely have to move on without Bosa this season. It is a devastating blow for a team that prides themselves on that end, but they are still a talented all-around football team.

Read: Raiders Could Make Major Statement With Win Over Saints

However, quarterback Jimmy Garoppolo also suffered an injury in Week 2. He went down with a high-ankle sprain in the win over the Jets. Running back Raheem Mostert is also dealing with an injury suffered on Sunday as he reportedly has a sprained MCL.

It’ll be interesting to see how the 49ers rebound from losing some key pieces to the championship puzzle. Bosa’s absence will be huge while Garoppolo and Mostert’s injuries are a major concern.