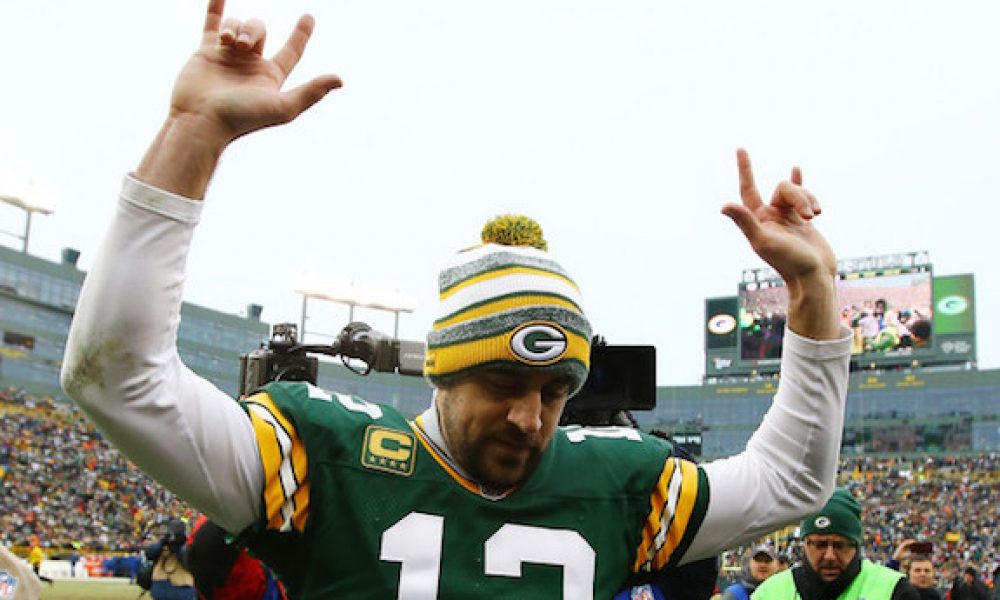 The Green Bay Packers have a crisis on their hands only a few months after losing to the Tampa Bay Buccaneers in the NFC Championship Game and superstar quarterback Aaron Rodgers being named NFL MVP for the third time in his career.

After arguably one of the best seasons of his professional career, Rodgers is not happy with the team that drafted him back in 2005. The superstar gunslinger hasn’t been happy with the franchise since the team drafted Jordan Love last year rather than addressing a need to help them win now rather than later.

Now, Rodgers wants out putting pressure on the Packers to make a move, which they’ve been reluctant to do and seemingly remain reluctant to do. However, head coach Matt LaFleur wants his MVP back under center next season, via Pro Football Talk.

“I’d like to keep every conversation that Aaron and I have had up to this point between us,” LaFleur said. “I know the report’s out there. But this guy’s our quarterback, man. He’s our leader of our team. I want nothing more than to see him back in a Packer uniform. In my eyes, he’s the greatest to ever do it. I don’t care about Super Bowls or what not. But we want him back here.

“I can’t ever take my brain to that spot right now,” LaFleur said. “I just want to do everything in my power to ensure that doesn’t happen.”

The question now is whether the Packers can convince Rodgers to stay or be forced to part ways before starting the 2021 NFL season. There’s no shortage of interest in Rodgers’ services, and there’s no surprise there, considering he’s still one of the best in the game at his position, but he has a wish list of teams he’d prefer to play for.

Rodgers would like to suit up for the San Francisco 49ers, Denver Broncos or Las Vegas Raiders. The 49ers may pass on that prospect after drafting Trey Lance, but the Broncos and Raiders could be intriguing destinations.