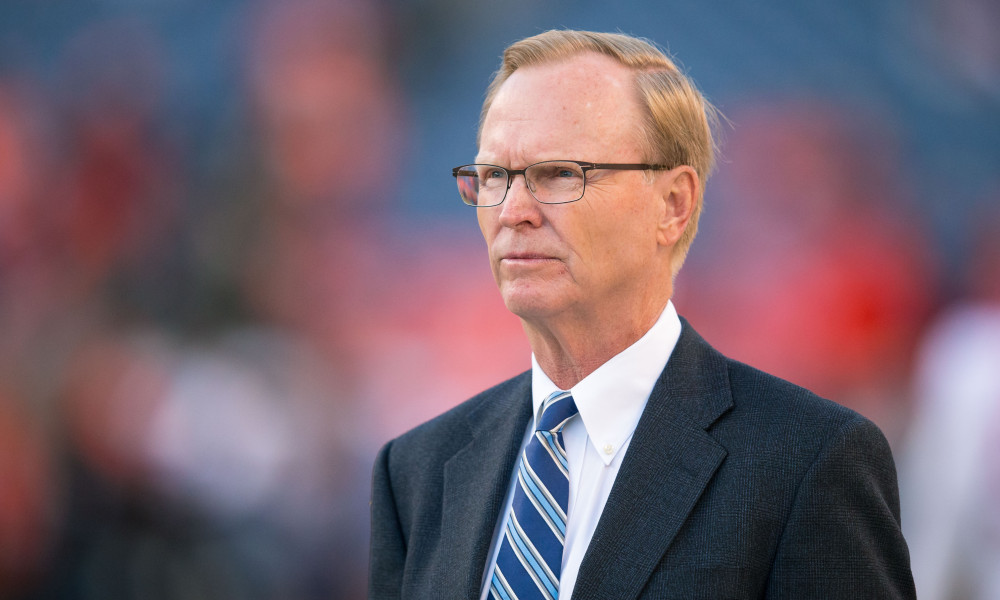 New York Giants are intriguing team to watch in NFC

The New York Giants added a couple of big names this offseason, making them one of the more interesting NFC teams in 2021.

It’s been a while since the New York Giants won the NFC East. Perhaps the drought is about to end.

Granted, the NFC East is the weakest of the eight NFL divisions, but the New York Giants are making a move. As the kids say, it’s a glow up.

New York finished 6-10 last year, losing to the Philadelphia Eagles in Week 17 to miss out on hosting a playoff game for the first time since 2011. However, the team has been busy this offseason.

While losing defensive lineman Dalvin Tomlinson to the Minnesota Vikings on an affordable two-year deal isn’t ideal, general manager Dave Gettleman bounces back with a few splash moves. He was able to re-sign Leonard Williams on the defensive front before nabbing star receiver Kenny Golladay on a four-year pact and corner Adoree Jackson on a three-year deal.

Golladay provides third-year quarterback Daniel Jones with the best weapon of his short career. In Detroit, Golladay had a pair of 1,000-yard receiving seasons over his rookie deal, and now heads to the Big Apple with his first playoff appearance in mind.

As for Jackson, he now pairs with standout corner James Bradberry. Bradberry was signed last offseason to a three-year deal and made the Pro Bowl in his first campaign with Big Blue.

The Giants aren’t a Super Bowl contender, but in the lackluster NFC East? Well, winning the division is certainly within reach. According to the latest odds out of Vegas, New York (+450) is checking in third behind the Dallas Cowboys (why?) at +120 and the Washington Football Team at +225. The Giants might be the best bet in value.

Yet why are they behind Washington and Dallas? The quarterback. Jones hasn’t played up to standard over the first couple years of his time with the Giants, throwing too many interceptions and fumbling the ball at an alarming rate. If Jones can take better care of the football and simply get the pigskin out on time to his receivers, New York should approach .500 if not eclipse it.

The Giants might not be ready to challenge for their fifth Lombardi Trophy, but they’re interesting and have upside. It’s a huge improvement over most of the last decade.