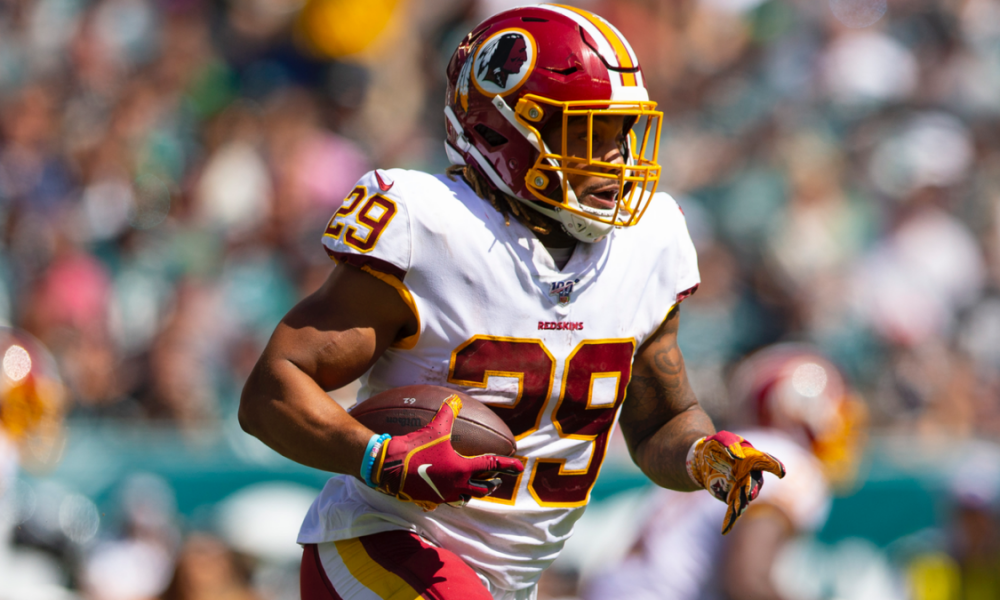 The Washington Redskins saw the 2019 campaign get off to a bumpy start. Their early season optimism faded after dropping their season opener against the Philadelphia Eagles.

This loss also featured second-year running back Derrius Guice suffering a knee injury that will force him to miss some time on the field, according to Michael David Smith of Pro Football Talk.

Washington Redskins running back Derrius Guice suffered a knee injury that will likely force him to miss some time, Ian Rapoport of NFL Network reports. It’s not the same knee that caused him to miss the entire season last year, and it’s not expected to need surgery, so that is some good news, but it’s still a serious enough injury to keep Guice out for a while.

The loss of Guice for a few weeks will thrust former Pro Bowl running back Adrian Peterson back into a prominent role. He was a healthy scratch in Week 1 action. Peterson is coming off a resurgent campaign. Last year, he notched another 1,000 rushing yard campaign while proving that he still has plenty left in the tank.

Read: Antonio Brown Gets Contract Option for 2020 with the Patriots

Meanwhile, this should see an increased role for veteran running back Chris Thompson, who has proven to be a highly versatile option in both the running and passing game. Thompson may be the more utilized back between the two as he has been the more effective weapon out of the backfield with his pass-catching ability.

Guice has dealt with numerous injuries early in his career as he missed his entire rookie campaign after suffering a torn ACL in last year’s preseason.