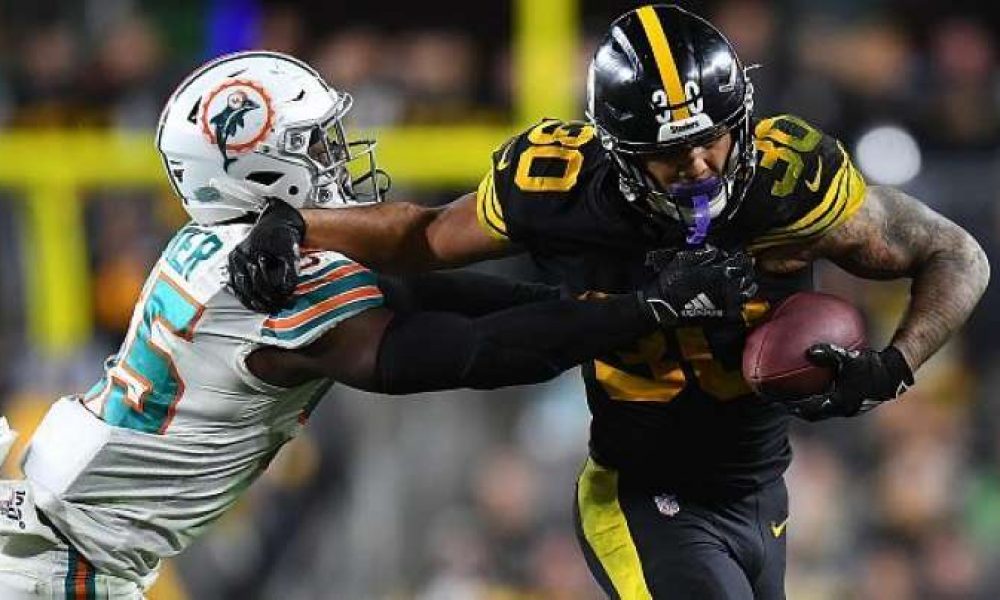 The Pittsburgh Steelers announced following their Monday night 27-14 victory over the Miami Dolphins that running back James Conner had suffered an AC joint injury. James Conner could be seen wearing a sling on his right arm as he exited Heinz Field.

Steelers head coach Mike Tomlin told reporters following the game that Conner’s injury will be evaluated on Tuesday and an update should be available when he holds his press conference on Tuesday afternoon.

James Conner was hurt late in the fourth quarter after a strong performance with 23 carries for 145 yards and one touchdown. Steelers’ fullback Roosevelt Nix returned to action on Monday and the running game improved with 158 yards and a per carry average of 5.4 yards.

Conner represented a big part of the Pittsburgh running game for a second straight game. Against the Los Angeles Chargers prior to Pittsburgh’s bye week Conner had over 100 yards of offense and added 150 versus the Dolphins.

Read: NFL Week 9 Odds – Making a Case for the Underdog 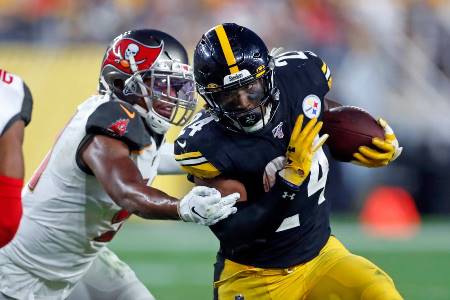 The health of Conner during a short week after playing on Monday night and leading into the Steelers game with the Colts on Sunday is even more important after Conner’s backup Benny Snell Jr. was being looked at after injuring his knee.

Running back Jaylen Samuels, another backup to Conner is returning from arthroscopic surgery on his knee less than 30 days ago. Samuels took part as a full participant in Pittsburgh’s practices leading up to the game on Monday but was not active for Monday’s win.

That leaves Pittsburgh with only one fully healthy player at the running back position: Trey Edmunds, who is a former member of the practice squad.