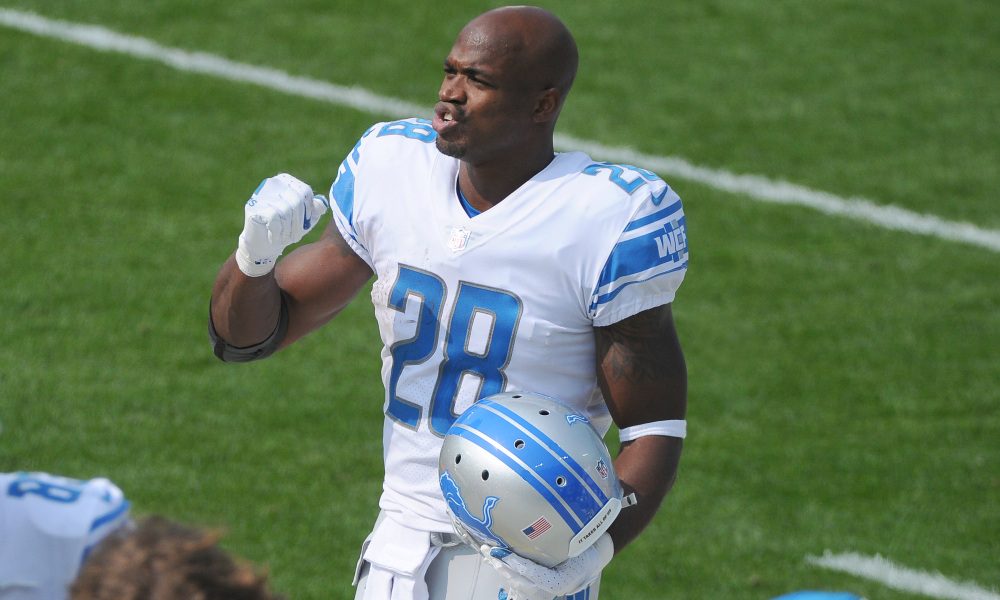 The Tennessee Titans have marched their way toward the AFC’s top record through the first 12 weeks.

However, the Titans have chosen to make a significant roster move by parting ways with former All-Pro running back Adrian Peterson after three games, according to ESPN.

The Tennessee Titans announced Tuesday that they have waived veteran running back Adrian Peterson.

The Titans initially inked Peterson to the 53-man roster on Nov. 5, which he quickly took a significant role in the running game. The 36-year-old tallied 82 rushing yards on 27 carries with a touchdown.

Peterson was sparsely used by Tennessee, primarily in the game as he recorded hauled in all four targeted passes for eight receiving yards. He’s coming off his most productive performance with a season-high 40 rushing yards on nine carries, including a 16-yard run.

With Peterson out of the picture, the Titans will move to split carry duty between D’onta Foreman, Jeremy McNichols, and Dontrell Hillard. The move to part ways with Peterson is a bit puzzling as he brought stability to their backfield.

Throughout his career, he has been a highly effective goal-line option, which is a quality the team misses with Derrick Henry out for the rest of the season due to a Jones fracture.

The move also puts more pressure on Ryan Tannehill to push the offense forward behind his arm. Tannehill has struggled to bring stability this season as he has thrown 13 touchdown passes to 12 interceptions.

Despite that, Tennessee remains in the driver’s seat to secure top AFC playoff seed.