The NCAA football regular season begins today with a full lineup of games on tap. Two games involving teams from the ACC highlight this weekend’s matchups.

Doeren coached at Northern Illinois prior to this season and led his team to two consecutive Mid-American Conference championships.

He has not announced which of the two quarterbacks Pete Thomas or Brandon Mitchell will start in today’s game.

Louisiana Tech has a new coach in Skip Holtz. He only has 8 of the 22 starters returning from last season. However, one of his strongest offense contributors, Kenneth Dixon at tailback, returns. Dixon recorded 28 touchdowns last season to lead the nation.

North Carolina State will be without Shadrach Thornton its leading rusher from last season. He is suspended for the game. In his place, Tony Creecy will see the majority of time on the field.

Last season Dixon had 1,194 yards on the ground. The Bulldogs however, must replace four starting lineman on offense, which is not easy task.

On defense, Louisiana Tech is returning just three starters from last season, when the team gave up over 38 points per game.

Whoever, coach Doeren decides will start for North Carolina State will have two quality receivers in Quintin Payton and Bryan Underwood to throw to. Last season Payton caught 51 passes for 798 yards, while Underwood grabbed 44 and scored 10 touchdowns. 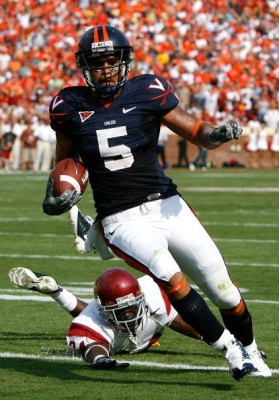 The Brigham Young Cougars head east to take on the Virginia Cavaliers. David Watford is the new quarterback at Virginia. He played 10 games in 2011 as a freshman and sat out last season as a redshirt. The offense for Virginia has a number of skills position players returning this season.

BYU is an independent. The Cougars have won six consecutive games to start the season. On defense, BYU has Kyle Van Noy returning at linebacker. Van Noy is a candidate for All American at his position. In addition, the Cougars have wide receiver Cody Hoffman returning help their offense.

Taysom Hill won both games he started last season at quarterback before suffering a knee injury that ended his season. He is now the No. 1 quarterback for BYU.

Last season, BYU was ranked No. 3 in the nation in total defense, but lost six of its starters from that unit. BYU gave up just 14 points a game last season helped by the 13 sacks Van Noy recorded.

Virginia’s Kevin Parks at tailback and a triple threat of receivers should challenge the BYU defense.

Virginia’s quarterback Watford must make sure his offense does not make turnovers as they did last season, when they lost the ball 26 times.

On defense eight starters return for Virginia led by Demetrious Nicholson at cornerback. The defensive unit from a year ago was ranked No. 4 in the ACC last season in yards allowed.