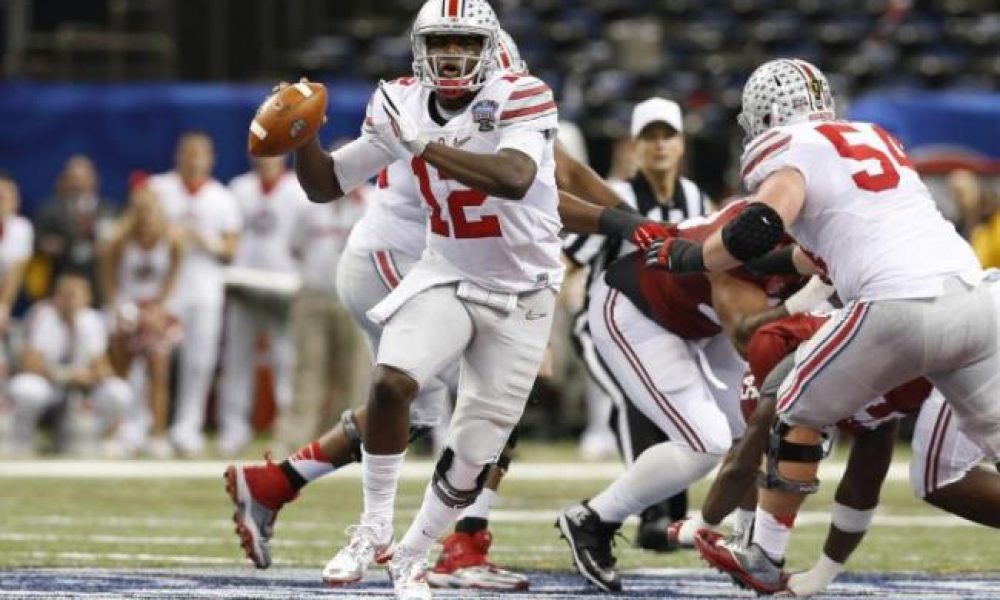 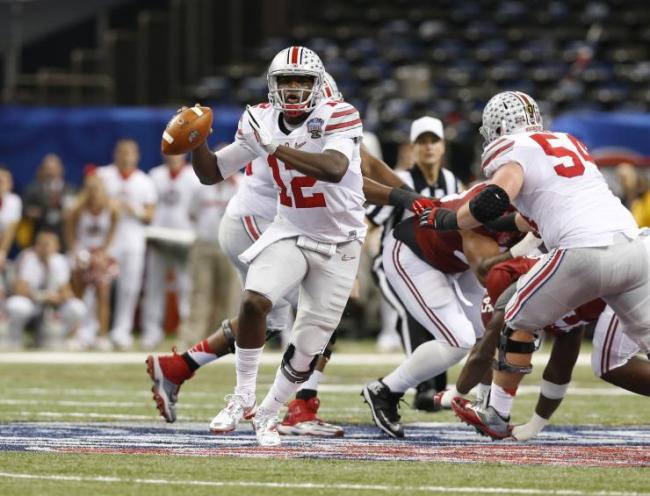 Big 10 action on Saturday heads to Columbus, Ohio for a showdown between the visiting Minnesota Golden Gophers and the No. 1 Ohio State Buckeyes.

The line has Ohio State as 23-point chalk with a point total for the over/under sitting on 53.5.

Cardale Jones returns as the starting quarterback for Ohio State when the Buckeyes look to win their 22nd straight game. J.T. Barrett had become the starter ahead of Jones, but is suspended for this game due to an arrest for DUI.

When Jones starts, Ohio State is 10-0 and is looking for its 29th straight win in the Big 10. Ohio State is ranked No. 3 in the first rankings for the College Football Playoff.

Minnesota looks to rebound from its devastating loss of 29-26 to Michigan in the first game under new coach Tracy Claeys after Jerry Kill retired for medical reasons. 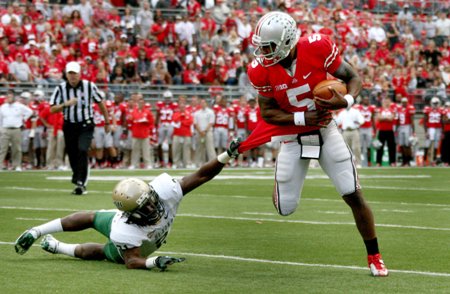 Minnesota had a first and goal inside the 1-yard line with 30 seconds left to play, but allowed over 12 second to run off the play clock prior to trying to score, and then failed in two attempts.

Mitch Leidner the quarterback for Minnesota has eight touchdown passes with six interceptions.

His favorite target, KJ Maye, has 39 catches for 408 yards, while at running back Rodney Smith has 541 yards rushing but has only one touchdown on the ground.

Jones has 1,266 yards passing for the Buckeyes with 7 touchdown passes and 5 interceptions. Braxton Miller a senior who is now a wide receiver will be Ohio State’s second quarterback in the game. He was Big Ten Player of the Year at quarterback his freshman and sophomore seasons.

The Ohio State ground attack is led by Ezekiel Elliott with 1,130 yards. He has rushed for 100 yards or more in 13 straight games.

Joey Bosa is a talented defensive end for Ohio State and has 45.5 tackles for a loss in his Buckeye career.

Raekwon McMillan leads Ohio State in tackles with 74 and Tyquan Lewis another defensive end has 5.5 quarterback sacks to lead the team.

Ohio State leads this head-to-head series 44-7 and is 25-1 over the past 26 games against Minnesota.

Dontre Wilson the junior wide receiver for Ohio State is questionable for the game.

Prediction: Ohio State should win this but I like Minnesota +23.