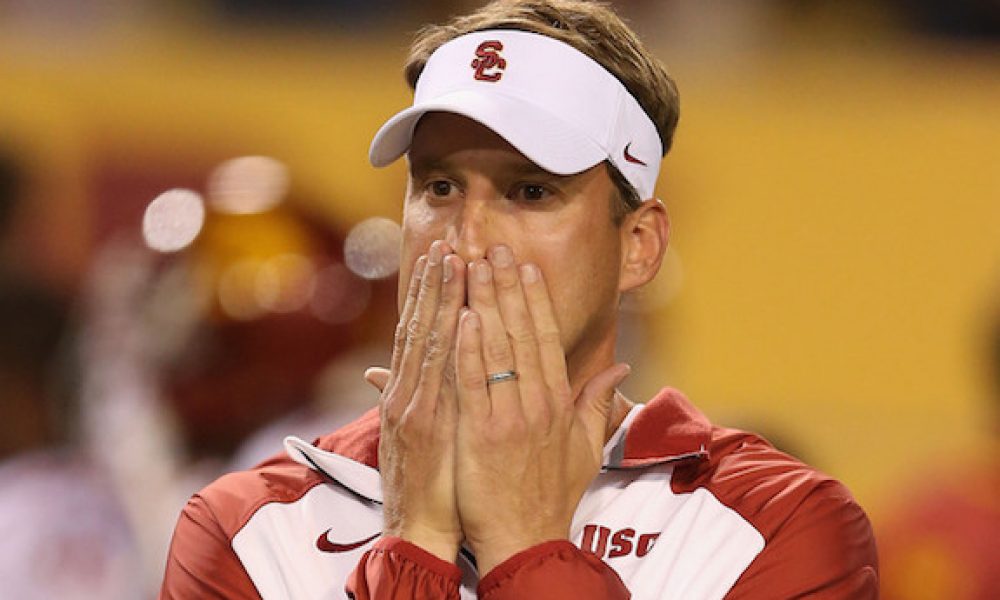 Ole Miss is set to hire Lane Kiffin as its next head football coach, according to multiple reports.

Lane Kiffin is expected to be announced as the next Rebels head man as early as Saturday. The 44-year-old Kiffin will first coach Florida Atlantic in Saturday’s Conference USA championship game against UAB.

It's not officially signed, but it's done. Lane Kiffin is Ole Miss' next head football coach. He'll arrive in Oxford Sunday. I expect the Ole Miss band to meet him there. He'll be announced officially on Monday, likely at the Pavilion at Ole Miss. @RivalsChase.

Lane Kiffin — who was also mentioned in connection with the opening at Arkansas — will return to the SEC after three seasons at FAU, where he is 25-13. He was offensive coordinator at Alabama from 2014-16, helping the Crimson Tide to a national championship in 2015.

Ole Miss fired Matt Luke on Sunday, three days after the Rebels lost 21-20 to Mississippi State to end their season at 4-8.

Luke posted a record of 15-21 in three seasons as Rebels head coach, going 6-6 as interim coach in 2017 after Hugh Freeze resigned abruptly in mid-July.