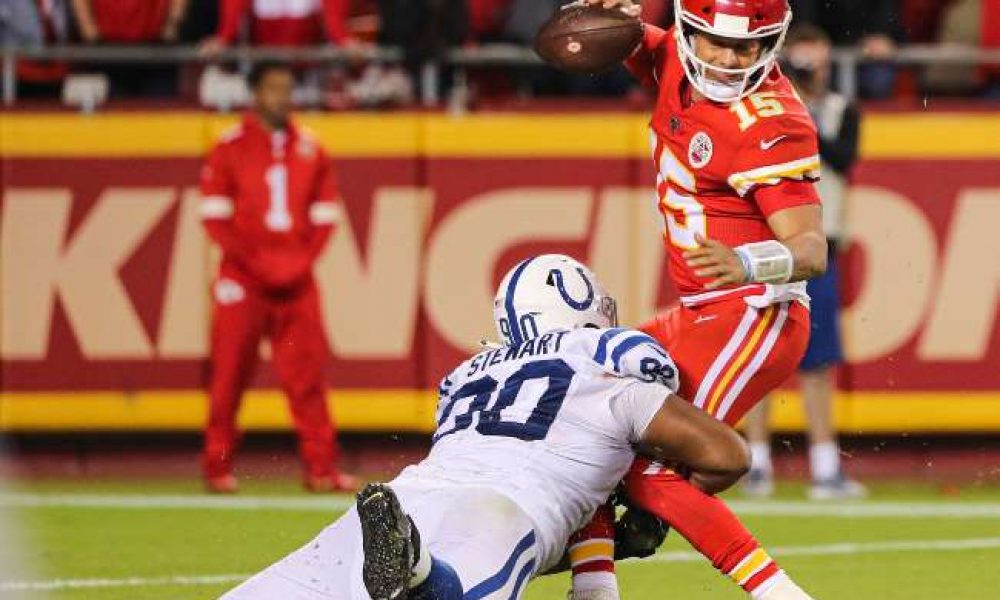 Head coach of the Kansas City Chiefs Andy Reid announced that his star quarterback Patrick Mahomes had “tweaked” his ankle in the team’s game against Indianapolis Sunday. The injury was one of several the Chiefs suffered in their 19-13 loss.

Reid said he thought Mahomes would be fine and the team would see how things go. Medical personnel for the Chiefs will be monitoring the ankle during the week.

Patrick Mahomes will receive treatment ahead of next weekend’s Week 6 home game versus the Houston Texans.

Mahomes told reporters that he just re-aggravated his ankle during the first half of the game and then had it stepped on during the second half. Obviously, added Mahomes it will be sore on Monday.

Mahomes threw for 321 yards and one touchdown completing 22 of 39 passes. The Chiefs signal caller had 17 yards rushing as well.

Mahomes was not the only member of the Chiefs to suffer an injury. Lineman Chris Jones, one of Kansas City’s most valuable members of the defensive unit, injured his groin during the third quarter.

Jones, who last season was the team leader in sacks with 15.5, had a tackle and two hits on the quarterback before suffering his injury.

Two other defensive players for the Chiefs left the game during the first half with injuries. Linebacker Anthony Hitchens suffered a groin injury while lineman Xavier Williams went down with an injury to his ankle.

Injuries are beginning to take their toll across the NFL. The Chiefs were hit hard Sunday not only with their first loss of the season but with the loss of several players on the defensive, while hoping Mahomes’ injury is not serious.