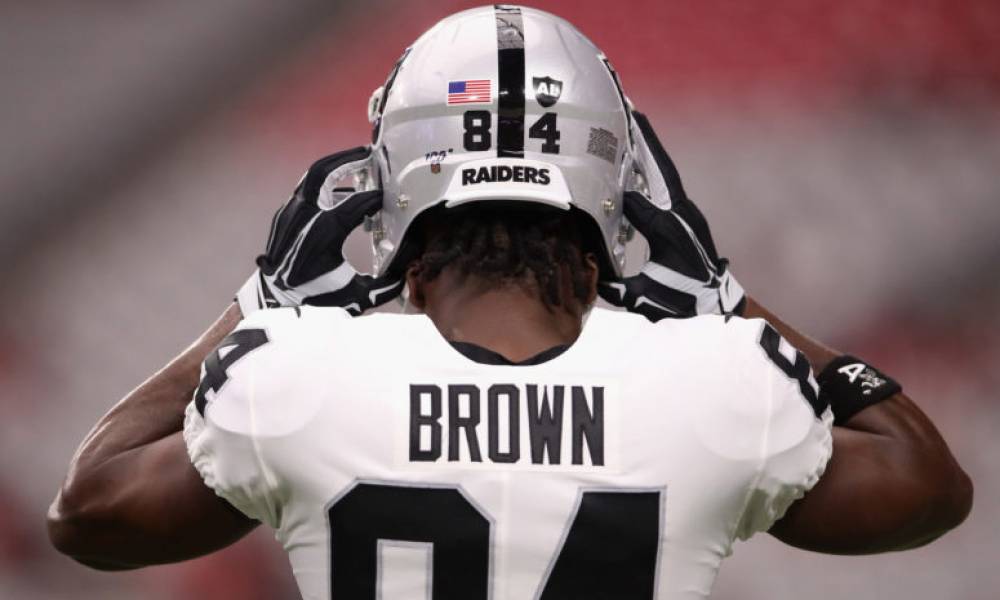 Baltimore Ravens quarterback Lamar Jackson has made it clear this offseason he wants the team to sign Antonio Brown. He’s spent months wearing down the Ravens front office. As a result, reigning NFL MVP might have made some progress.

A day after Jackson publicly encouraged the team to sign the All-Pro receiver, head coach John Harbaugh seemed open to the idea on Thursday.

Brown is looking to return to the NFL after a disastrous 2019 season. The drama surrounding Brown saw him released by the Las Vegas Raiders and New England Patriots. With his eyes on playing once more, the seven-time Pro Bowl receiver has trained with Jackson and Marquise Brown this offseason.

Jackson clearly has chemistry with Brown. As well as that, the chance to put two cousins together on the same field at wide receiver would be something special. Given Antonio Brown’s sensational talent, Harbaugh at least seems open to the idea of bringing him in.

Day after Lamar Jackson extolled Antonio Brown, #Ravens HC John Harbaugh says he respects his QB's opinion, that team "will look at any and every player" and that AB "is no exception." But then, referencing active NFL investigation, adds: "I don’t think he’s available right now"

As is always the case with this NFL star, though, it’s never that easy. Brown comes with significant off-field risk, faces a potential suspension and has a pattern of behavior on social media.

In the span of a few days, he retired from the NFL and then unretired while demanding the league conclude its investigation into multiple sexual misconduct accusations against him.

Speculation around the league hinted that Brown’s fate could be decided this week, opening the door for teams to move forward with far more clarity.