Rodgers and Brady Face Off for Just the Second Time Sunday 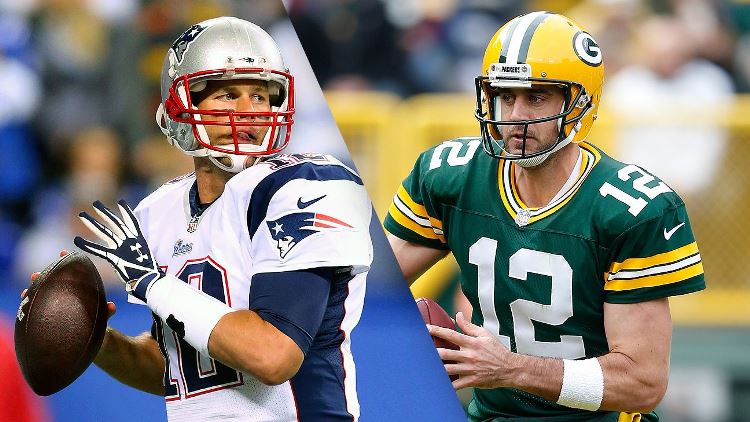 Sunday Night Football in Week 9 of the NFL features a matchup between two of the best quarterbacks to play the game when Tom Brady and the New England Patriots host Aaron Rodgers and the Green Bay Packers.

This is only the second time during their NFL Hall of Fame to-be careers that the two quarterbacks will face one another. Brady and Rodgers are the only current active players in the NFL to have been named MVP more than once.

Rodgers and the Packers nearly upset the Los Angeles Rams last week, but fell just short and now must play a New England team led by Brady that has won five in a row and is unbeaten at Gillette Stadium, its home field.

Green Bay has become almost one-dimensional with its offense as Rodgers is averaging 326.2 yards passing, which is third in the league and has thrown 13 touchdowns and just two interceptions.

Injuries have slowed two of Green Bay’s receivers, but Davante Adams has six touchdowns receptions this season and over the last three games has 24 catches for 405 yards with three TDs.

Aaron Jones is the lead running back and last week rushed for 86 yards with one touchdown against the Rams.

Defensively, Green Bay is fifth in the league against the pass allowing 221.6 yards per game. However, during the week, the Packers traded Ha Ha Clinton-Dix their starting safety to the Redskins.

New England rookie running back Sony Michel did not participate in full workouts on Thursday after missing last week’s game with a knee injury. Cordarrelle Patterson, who is a wide receiver, became a surprise replacement for Michel. He rushed for 38 yards last week against Buffalo.

Patriots tight end Rob Gronkowski did not take part in Thursday workouts and has just three receptions over the past two games he has played. 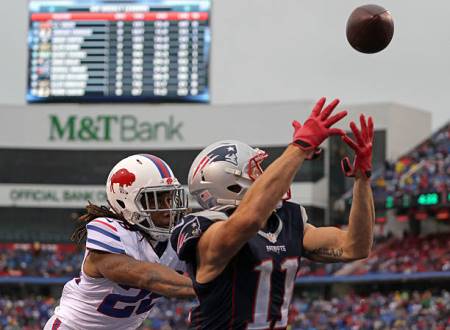 In last week’s victory over Buffalo, Brady passed for 324 yards. Julian Edelman caught nine passes for 104 yards, while James White caught 10 for 78 yards out of the backfield.

The Patriots have won nine straight home games while the Packers this season are 0-3 away from Lambeau Field.

Both offenses will move up and down the field, with the winning team converting more points when in the red zone. Take the Patriots less the points 31-24.