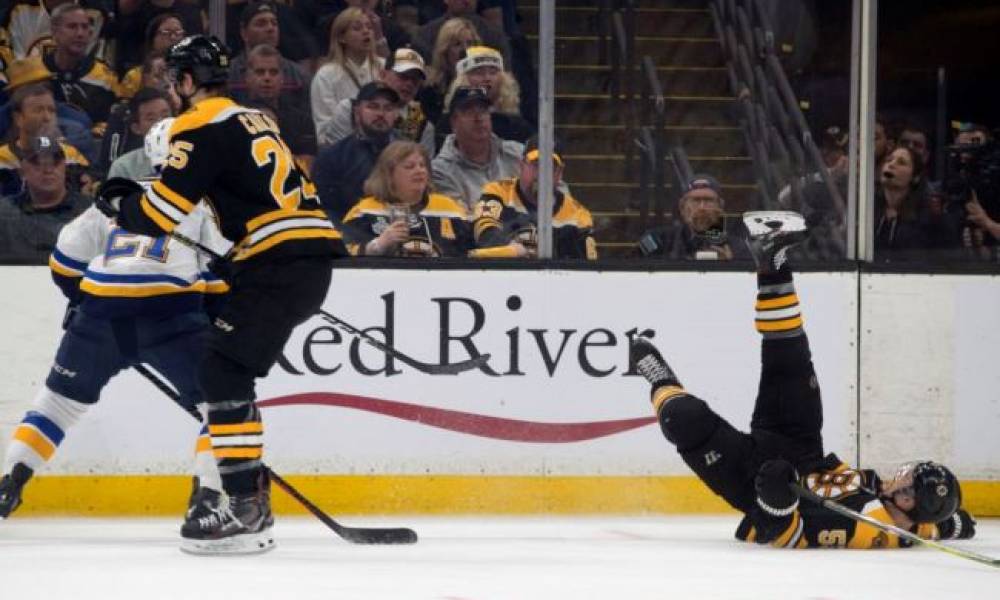 A highly controversial no-call during Game 5 of the Stanley Cup Finals aided in the St. Louis Blue winning 2-1 to take a commanding 3-1 lead in the best of seven series.

Jordan Binnington stopped 39 shots during Game 5 for St. Louis and the Blues are now -125 favorites to win on Sunday, while a fuming Boston is -105.

In Sunday’s Game 5, look for the Bruins to bounce back with a win on the road to even the series 3-3 and send it back to TD Garden in Boston for a deciding Game 7. The Bruins have not lost three straight since the middle of March and will be carrying a chip on their collective shoulders thanks to the no-call in Game 5.