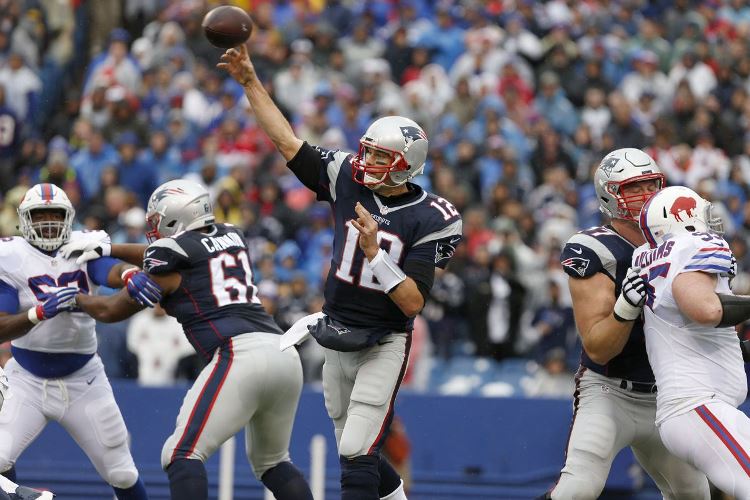 An AFC East matchup on Monday Night Football brings to an end Week 8 of the NFL regular season when the New England Patriots visit the Buffalo Bills.

New England has dominated this rivalry against Buffalo and this season looks to be no different as the Bills have scored fewer points than any other NFL team and will be using their third quarterback through eight weeks.

The Patriots started the season slow but are back on track with four straight wins and once against sit atop the AFC East defeating both the Chiefs and Bears the last two weeks.

Brady has posted a 102 or better passer rating in each of the team’s last three wins. The veteran signal caller will likely not have Sony Michel his rookie running back who suffered a knee injury against the Bears last week.

In his last six visits to Buffalo, Brady has thrown 16 TD passes and just two interceptions.

Buffalo has a dismal record against Patriots quarterback Tom Brady. The Bills have lost 28 of 31 games when Brady has started for New England. 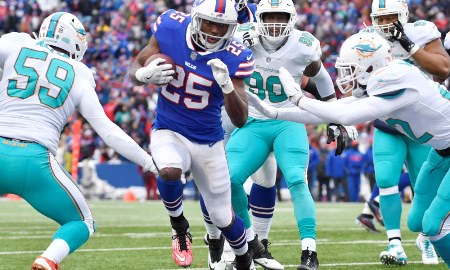 Buffalo offensively has scored 13 or fewer points in five of seven games this season, but was given a boost when LeSean McCoy, their star running back, cleared concussion protocol this weekend and has been upgraded to probable for the game.

Bills first-year quarterback Josh Allen is out injured, while Nathan Peterman is riding the bench. Buffalo will start Derek Anderson under center.  Anderson had a shaky debut throwing for 175 yards and three interceptions last week.

Although McCoy appears ready to play on Monday, backup tailback Chris Ivory injured a hamstring in practice Wednesday and was limited both Thursday and Friday during workouts.

Buffalo’s defense is allowing just 210.2 yards per game through the air.

LeSean McCoy could help keep the game close for Buffalo if he can move the chains on the ground, but that is doubtful. Brady has eaten alive the Bills defense and will continue to do so Monday. Patriots in a rout 35-7