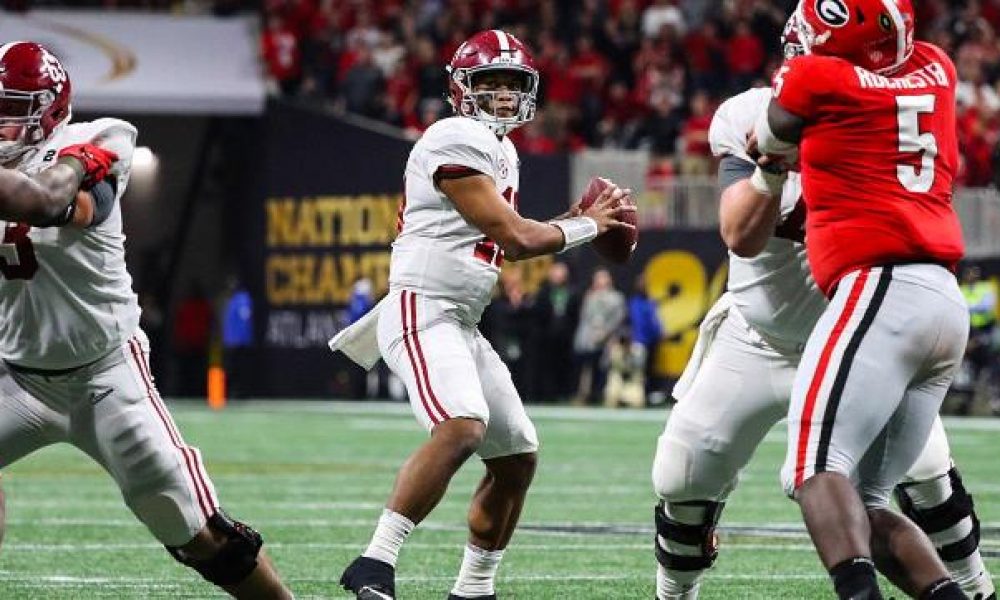 The college football season has reached its halfway point and it appears the four finalists for the coveted Heisman Trophy may already be separating themselves from the rest of the pack. Quarterbacks – Tua Tagovailoa, Jalen Hurts, Justin Fields and Joe Burrow – have been putting up big numbers while leading their teams to undefeated records through seven weeks of the regular season.

Surprisingly, one of the preseason season favorites, Clemson’s Trevor Lawrence appears to have fallen off the pace. While quarterbacks are always in the spotlight and generally have an advantage when it comes to winning the Heisman Trophy, running backs occasionally make their way to the top. This season’s top back is Wisconsin’s Jonathan Taylor and he could sneak into the mix if the Badgers continue to win.

Tua Tagovailoa remains the favorite at +115. The Alabama QB has thrown for 2,011 yards, 27 touchdowns and just one interception. He has been setting new records at Alabama and continues to lead the Tide toward another College Football Playoff appearance. 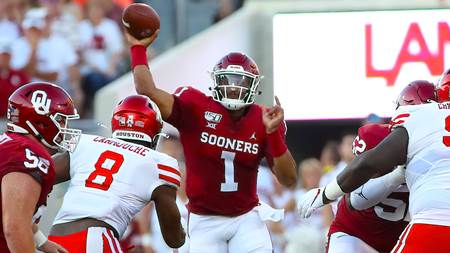 Tied at second behind Tua are Jalen Hurts and Joe Burrow. Hurts has thrown for 17 touchdowns and three interceptions while rushing for 630 yard and another eight touchdowns for Oklahoma. The Sooners remain undefeated and Hurts was instrumental in their 34-27 triumph over Texas last weekend. Hurts is second in the Big 12 in rushing with his 630 yards.

Read: NFL Week 7 Odds – Making a Case for Each Favorite

Joe Burrow has led LSU to an unbeaten record through seven weeks with 2,157 yards passing, 25 touchdowns and just three interceptions. Burrow has rushed for two touchdowns as well. The LSU QB led the Tigers to a victory last week over Florida with three touchdown passes and added 43 yards rushing.

Justin Fields is fourth on the list at +900. The Ohio State quarterback has thrown for 1,298 yards, 18 touchdowns and one interception, while rushing for 283 yards and eight touchdowns. The Buckeyes are undefeated under Fields’ leadership and the signal caller should add to his numbers under the spotlight this week with a Friday night matchup against Northwestern.