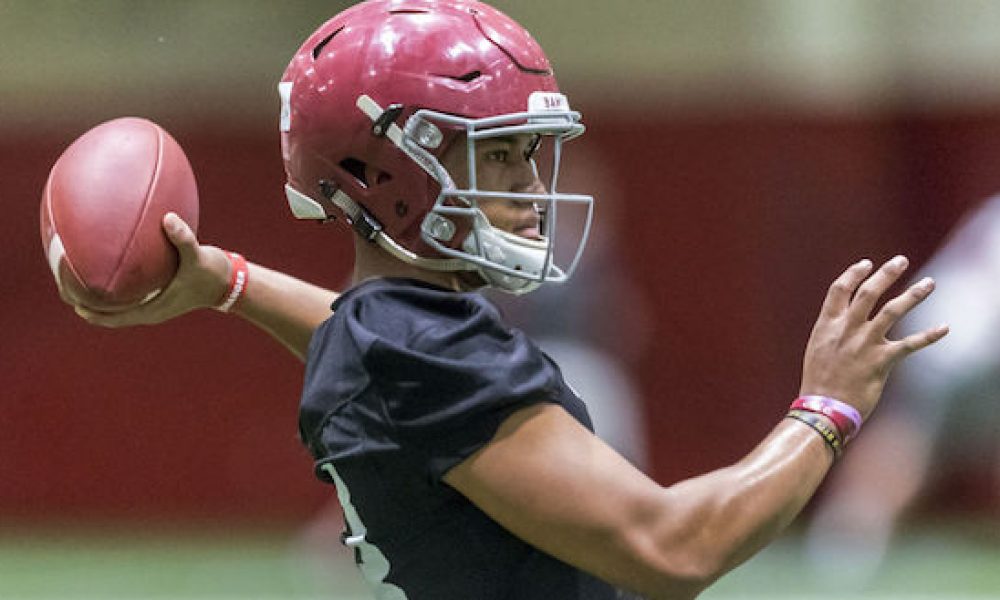 The hip injury Alabama quarterback Tua Tagovailoa suffered this past Saturday against Mississippi State will cost him the remainder of the season. As well as that, it will likely end his Crimson Tide career.

Though, there does seem to at least be some light at the end of the tunnel. According to ESPN’s Adam Schefter, Tua Tagovailoa is expected to resume athletic activities in three months. He will return to throwing during the spring.

Read: NFL Week 12 Odds – Making a Case for the Underdogs

Tua Tagovailoa will be on a partial weight bearing recovery plan for six weeks and will be rehabbing daily in Tuscaloosa, per @LauraRutledge. Then, in three months, he will be able to begin athletic activity again, and by the spring, he is expected to be able to resume throwing.

The official diagnosis for Tua’s injury is a right hip dislocation and posterior wall fracture. It has been compared to the career-ending injury Bo Jackson suffered years back, but the hope is that Tagovailoa won’t suffer the same fate.

The Heisman candidate’s surgery is said to have gone well, leading to speculation that while a long-term injury, this won’t impact Tagovailoa’s ability to play in the NFL.