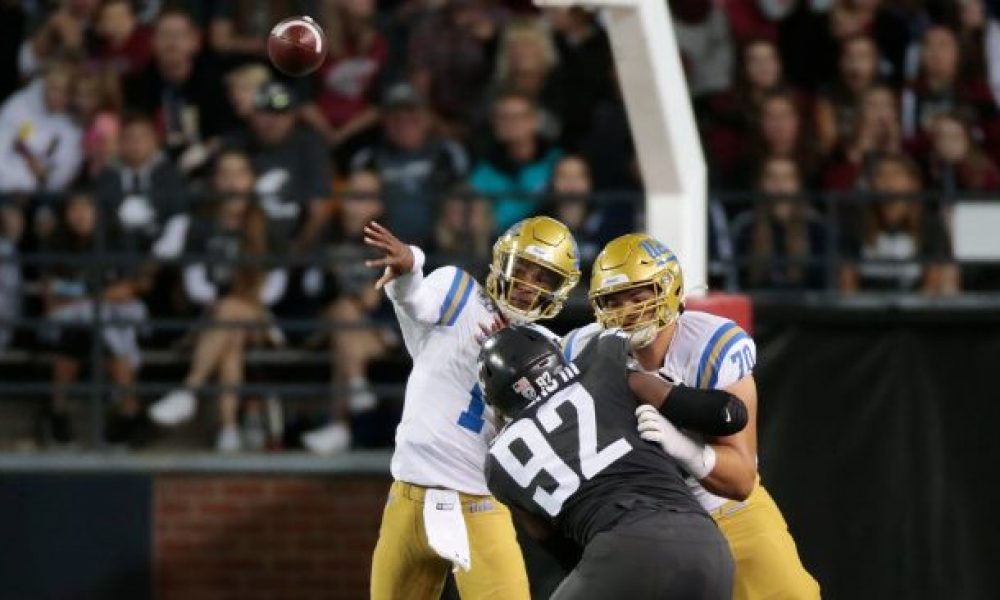 The UCLA Bruins made a miraculous comeback on Saturday night capped off by a 15-yard touchdown pass from Dorian Thompson-Robinson to Demetric Felton. The play occured with just 1:07 remaining to give the Bruins a 67-63 victory over the No. 10 ranked Washington State Cougars.

At one point during the third quarter, the Bruins trailed the Cougars by as many as 32 points. Following Felton’s final touchdown, the UCLA defense sacked Cougars’ quarterback Anthony Gordon who fumbled. The turnover was Washington State’s sixth. After recovering the fumble, UCLA was able to run out the clock.

UCLA’s Thompson-Robinson passed for 507 yards and five TDs, while his counterpart Gordon had 570 yards passing and nine touchdowns.

Gordon’s favorite target in the game was Easop Winston Jr. who had four touchdown receptions for the Cougars.

Washington State led at the half 35-17 and 49-17 at one point in the third quarter. However, UCLA, which in its first three games this season had not scored over 14 points, erupted for three touchdowns during the last four minutes of the third quarter. 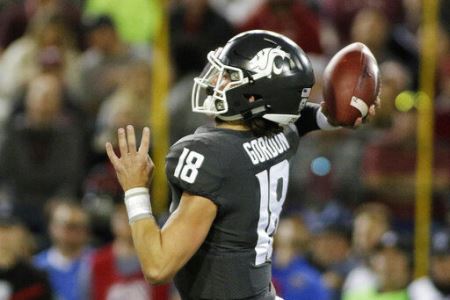 The Bruins received a rushing touchdown by Thompson-Robinson and touchdown receptions by Felton and Chase Cota to bring the score to start the fourth quarter to 49-37.

Read: Falcons, Colts Both Facing Opportunity in Even Affair

Scoring was back and forth the first half of the fourth quarter and UCLA trailed 63-60 with just over six minutes remaining. UCLA drove down the field and with just over one minute remaining Thompson-Robinson hit Felton for the game-winning touchdown pass.

UCLA finished with 657 yards of offense, while Washington State had 720 yards.

Cougar’s running back Max Borghi ran for 123 yards and caught two passes for 81. UCLA’s Felton had seven receptions for 150 yards and a pair of touchdowns.