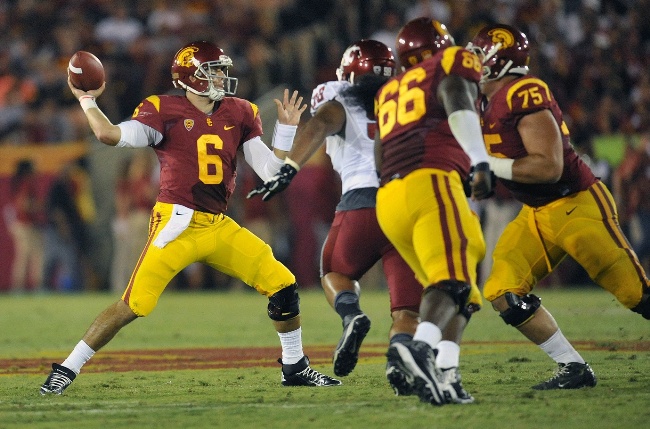 The college football parade of bowls continues on Saturday with the Holiday Bowl featuring the Nebraska Cornhuskers against the USC Trojans.

Nebraska during the regular season was 9-3, while USC finished 8-4.

The current line has USC favored by 7 points with the point total sitting on 62 points.

At season’s end, Nebraska fired its head coach Bo Pelini and the Cornhuskers will play under interim head coach Barney Cotton. USC is coached by Steve Sarkisian in his first season at the helm of the Trojans.

Nebraska started its season winning its first 8 of 9 games straight up, but were then routed by Wisconsin before Minnesota upset them.

In the final week of the regular season, Nebraska barely was able to defeat Iowa in a game that went to overtime.

The Cornhuskers are not a bettor’s dream team having lost four of their last five games against the spread,

Time will tell how the rushing minded Cornhuskers respond to Cotton guiding the team on the sideline.

Expect for the beating the Trojans gave Notre Dame, five totals were UNDER in the past 6 USC games. That also includes a loss to UCLA. 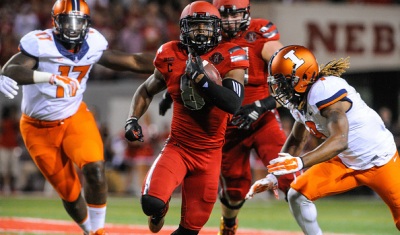 Keeping up offensively is usually something the Trojans do well. Cody Kessler the team’s quarterback has played very well all season. The junior quarterback tossed 36 touchdown passes on the season, while suffering just four interceptions. He completed an amazing 71% of his passes.

Javorius Allen at running back and Nelson Agholor at wide receiver are the two skilled position players for USC that are the most explosive.

USC’s running game could have a strong day, as the Nebraska defense against the rush is not strong. That will also open the field up for Kessler to throw against the Cornhusker secondary.

The biggest problem USC has had this season on defense has been against the pass. However, Nebraska does not have a strong passing game on offense like some of USC’s opponents such as Cal and UCLA did.

USC was a favored by the same amount this season against Washington State and Oregon State and covered both. However, neither of those two schools is the caliber of Nebraska.

Nebraska has covered the spread in just 1 of its past 5 games play on a neutral field.

USC has covered the spread in 5 of its past 6 bowl games.

In Nebraska’s past 7 bowl games, the UNDER has cashed in 6.

In the past 5 games overall for USC, the UNDER has cashed in 4.

The weather should be a non-factor with temperatures in the 50s expected.

Some believe the 7 points USC is getting is inflated. The game should have loads of scoring with both offenses better than the defenses.