Vikings Host Saints in Matchup of NFC Powers on SNF 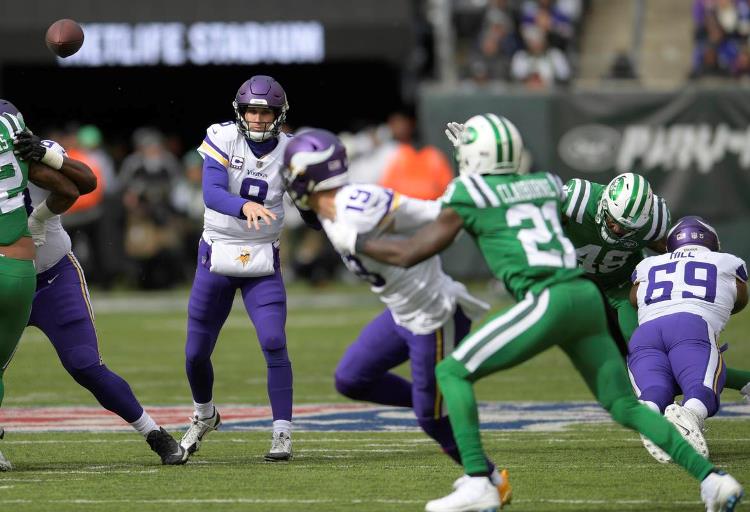 Minnesota started its season slow after reaching the NFC Championship Game last season, but has won three straight games and sits atop the NFC North. The Vikings however must face one of football’s best quarterbacks of his generation Drew Brees. 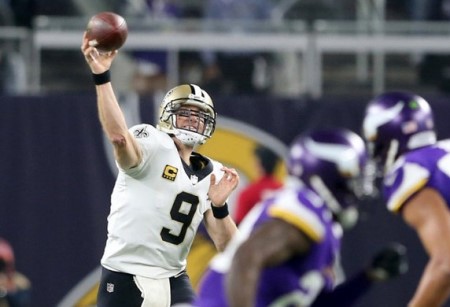 Saints signal caller Brees reached a pair of huge milestones during the regular season becoming the all-time leading NFL passer and the third quarterback to pass for 500 TDs. This season Brees has 13 touchdown passes and no interceptions and an NFL leading 121.6 passer rating.

Michael Thomas is Brees’ favorite target with 53 receptions for 588 yards and four TDs. Saints running back Alvin Kamara is equally dangerous rushing the ball with 363 yards on the ground and six TDs as he is catching it with 40 receptions and one score.

In his last four games against Minnesota, Brees has thrown for nine touchdowns with no interceptions.

Defensively, the Saints are No. 1 in the NFL against the rush allowing just 72.3 yards per game and this week acquired from the Giants cornerback Eli Apple to shore up the secondary.

Vikings running back Dalvin Cook has not played much this season, but Latavius Murray has finally got the Vikings running game back on track with a combined 224 yards and three touchdowns the last two games. That has helped to take some pressure of Minnesota quarterback Kirk Cousins, who has 14 touchdowns passes with three interceptions.

In two games against New Orleans, Cousins has 646 yards passing and seven touchdowns.

Vikings wide receiver Adam Thielen became only the second player in the history of the NFL to have 100 yards or more receiving in each of the team’s first seven games to start the season. Thielen leads the NFL in receptions with 67 and receiving yards with 822.

On defense, Minnesota is No. 16 versus the pass allowing an average of 256.1 yards per game.

New Orleans has a very strong passing game but the Vikings defense is getting stronger and Everson Griffin returns to give that side of the ball a big boost. Take the Vikings at home 28-27 in a thriller.