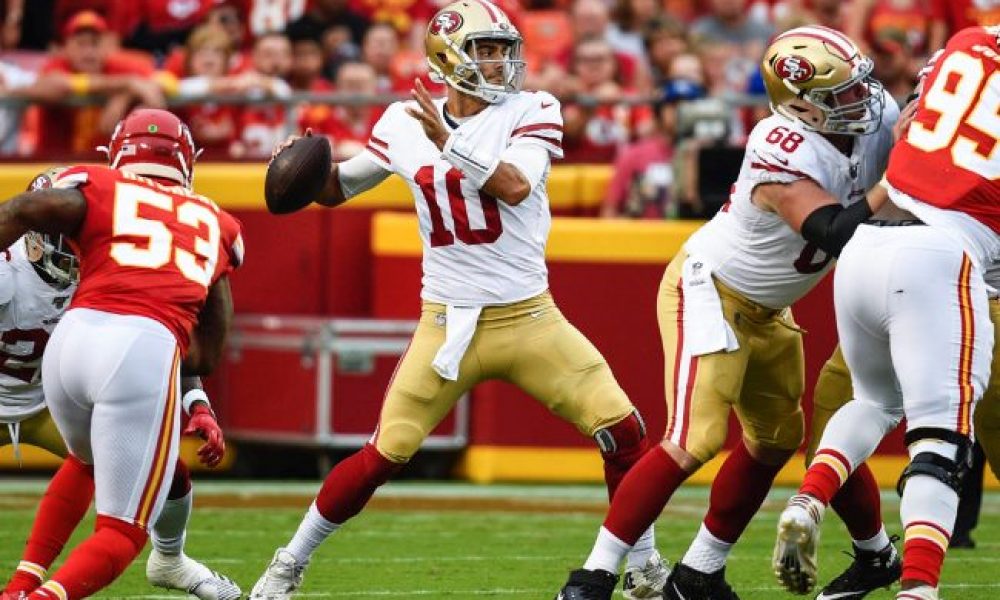 Of all the divisions in the NFL, the NFC West has had the most surprises the first half of the regular season. At the opening of the season odds makers had the Los Angeles Rams as the -180 odds on favorite to win the division title, but currently are third.

The San Francisco 49ers started the season with the third best odds from odds makers to win the NFC West but at 8-0 are the -300 favorites to win the division title.

However, it will not be easy for the 49ers going forward. San Francisco has two games remaining with Seattle, and once each with Green Bay, Baltimore, the Los Angeles Rams and New Orleans. Those six games will be a strong indicator of the strength of the 49ers. 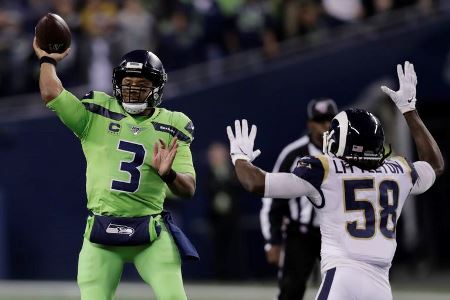 Seattle is second at 6-2 in the NFC West. The Seahawks have several different faces than when they played in consecutive Super Bowls in 2013 and 2014. However, talented quarterback Russell Wilson continues to play well and will likely challenge Packers signal caller Aaron Rodgers down the stretch for the year’s NFL MVP.