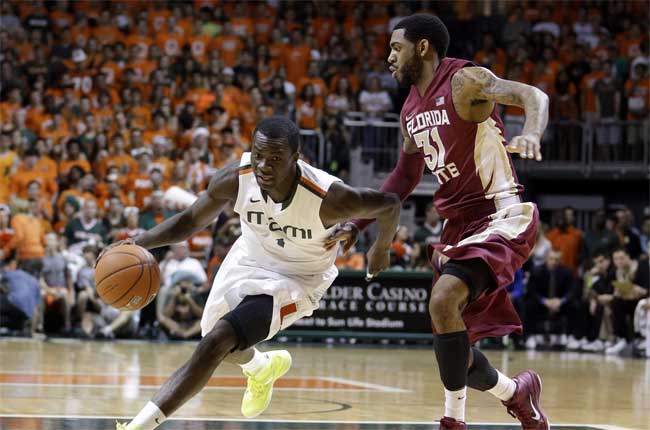 The Miami Hurricanes continue to remain unbeaten in conference play, leading the ACC in the process.

Historically a playground for Duke and North Carolina, the ACC has turned into a battleground this season, providing one of the more intriguing races in college basketball.

With neither the Blue Devils nor Tar Heels running roughshod through the conference, the ACC has served up a number of intriguing storylines, not to mention some surprise contenders.

Tuesday saw yet another twist in this year’s ACC tale.

The Cavaliers out-hustled the Wolfpack, taking a narrow 58-55 victory to upset their opponent and bookmakers alike. Rather deceptively, Virginia also moved into third place in the ACC, leapfrogging North Carolina State in the process.

The loss marked a third loss in five games for the Wolfpack. More alarmingly, it was the second time Mark Gottfried’s side had lost a game it was favored in after a big win; the side fell to Wake Forest after defeating Duke earlier in the month.

No. 14 Miami (FL) (16-3, 7-0 ACC) remains the ACC’s only unbeaten side in conference play. High-profile wins over North Carolina and Duke have seen the Hurricanes’ stock rise, not only within the conference but also on the AP poll.

Unlike their opponent this weekend, Jim Larranaga’s side has followed up those high-profile wins with more wins. There has been no let up here. The Hurricane’s followed up a (decisive) win over Duke with a victory over rivals Florida State this past Sunday, before defeating Virginia Tech on the road on Wednesday night.

This weekend’s contest will go a long way to ascertaining just how good this Miami side really is.

While two unexpected losses have rocked the ship a little, No. 5 Duke (18-2, 5-2 ACC) remains a threat. Bookmakers certainly agree. With odds of 8/1 to win the tournament, the Blue Devils are still the preferred ACC team, and comfortably so; the side’s nearest rival, Miami, stands at 25/1.

After last week’s thrashing at the hands of the Hurricanes, Mike Krzyzewski’s perennial contender rebounding with a pair of wins, beating Maryland at home on Saturday before scoring a first true road win of the season on Wednesday at Wake Forest.

Without star forward Ryan Kelly, things have looked a lot tougher, but this is a side that knows how to conquer adversity, and one not to bet against just yet. A Mar. 2 rematch with Miami is going to be very intriguing.

Duke will travel to Florida State (12-8, 4-3 ACC) this Saturday. You can expect the Blue Devils to very much be on upset alert, particularly as the team has yet to win three ACC games in a row.

After falling to rivals North Carolina State on Saturday, North Carolina (14-6, 4-3) bounced back with an easy win over Boston College (9-11, 1-6 ACC) on Tuesday. While the Eagles are ready for this year’s scrapheap, the jury remains out on the Tar Heels.

Roy Williams’ side has shown moments of impressiveness this season, but without a marquee win, it’s hard to get excited by the team. With games against Virginia Tech and Wake Forest pending, it won’t be until a Feb. 9 rematch with Miami that we get to see whether this North Carolina side can turn the corner. If Miami remains unbeaten by that time, the game will be elevated into the stratosphere in terms of excitement. 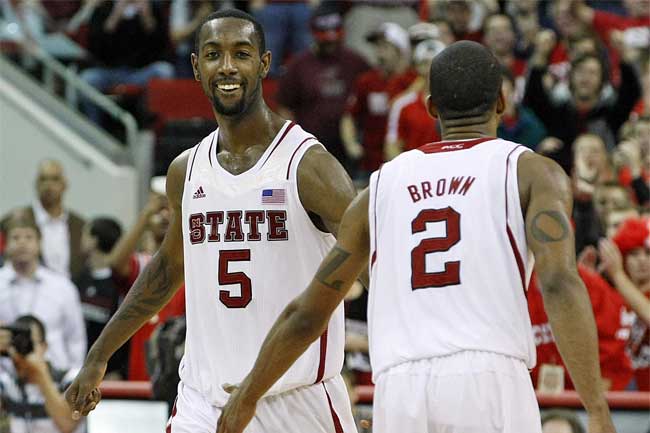 C.J. Leslie and the NC State Wolfpack have struggled in games following a big win. They'll need to do better if they're to be a threat in the ACC this year.