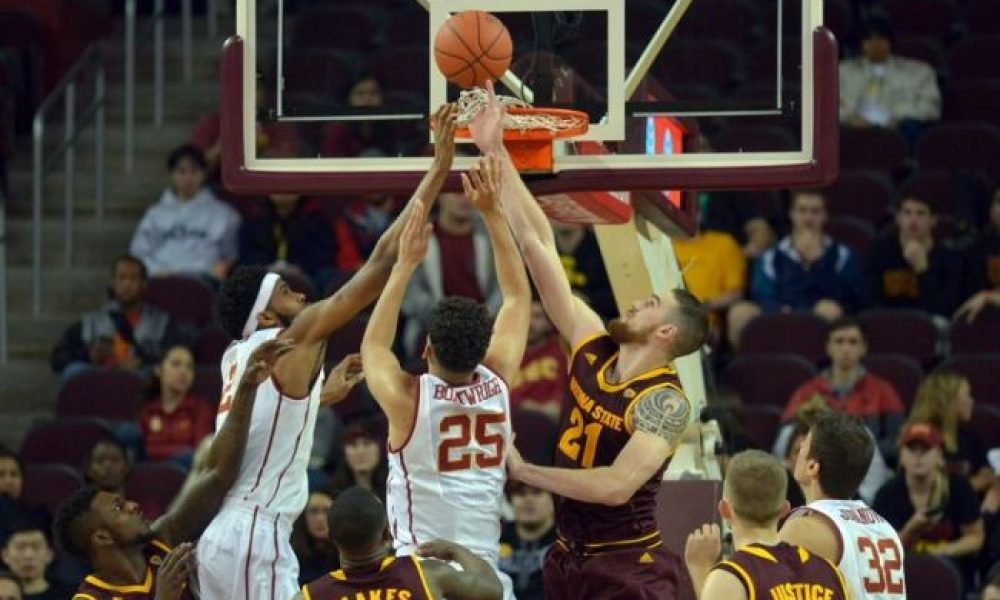 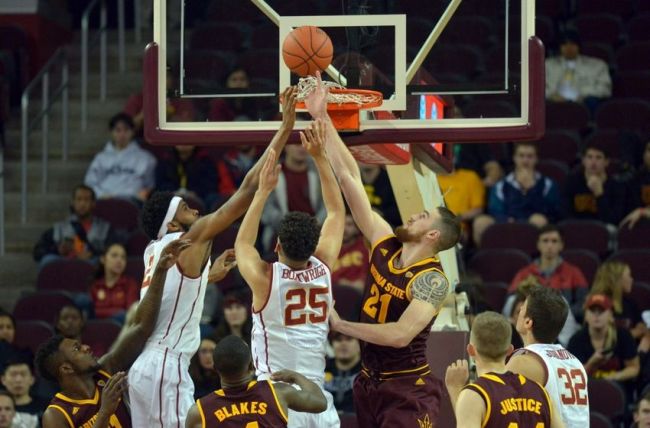 With just one game left in college football this season, men’s college basketball will take center stage. This week the Pac-12 has a host of games on the schedule including one featuring the No. 7 ranked Arizona Wildcats visiting the USC Trojans.

USC enters this game with an overall record of 13-3 while the Trojans are 2-1 in Pac-12 action. USC is coming off a victory over Arizona State 75-65. The Trojans led that game at half by 10 points and for the most part played even with the Sun Devils in the second half to take the win.

On the season, the Trojans are averaging 83.1 points a game on offense, while giving up nearly 70 points per game. 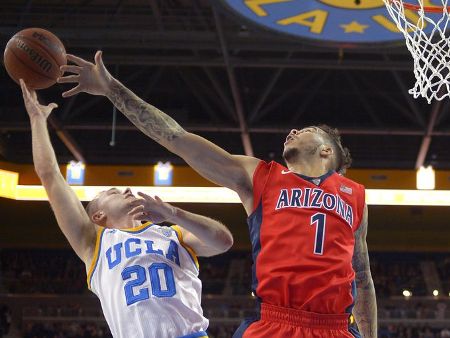 Arizona enters this game with an overall record of 13-2 and 1-1 in Pac-12 play. Their last outing ended in an 87-84 loss to UCLA. A Bryce Alford three-pointer beat the Wildcats in the final seconds of the game.

Arizona will face a USC team that is second in the conference in scoring and is shooting at a 51.1% clip overall from the field and an amazing 51.4% from three-point territory over their past four games.

On the season Arizona is 6-1 against the number in its past 7 games played on Saturday. The Wildcats are 7-2 against the spread in their past 9 games overall.

The OVER has cashed in each of Arizona’s past 4 games.

USC has covered the number in each of its past 4 games played on Saturday. USC over its past 12 games at home is 10-1-1 against the number.

The UNDER has cashed in 6 of the past 8 games USC has played at home.

Arizona has covered the spread in 6 of its past 7 games head to head with USC.

USC has impressed thus far this season offensively. The Trojans have lost three games, but offensively they have not been stopped yet.

Arizona is ranked No. 7 but should drop out of the top 10 after losing to UCLA earlier this week and could fall even further with a loss on the road to USC.

Prediction: USC is coming in with momentum, while Arizona comes in on a down after their UCLA loss. The Trojans should win this game at home and continue their fine play. USC 77-74