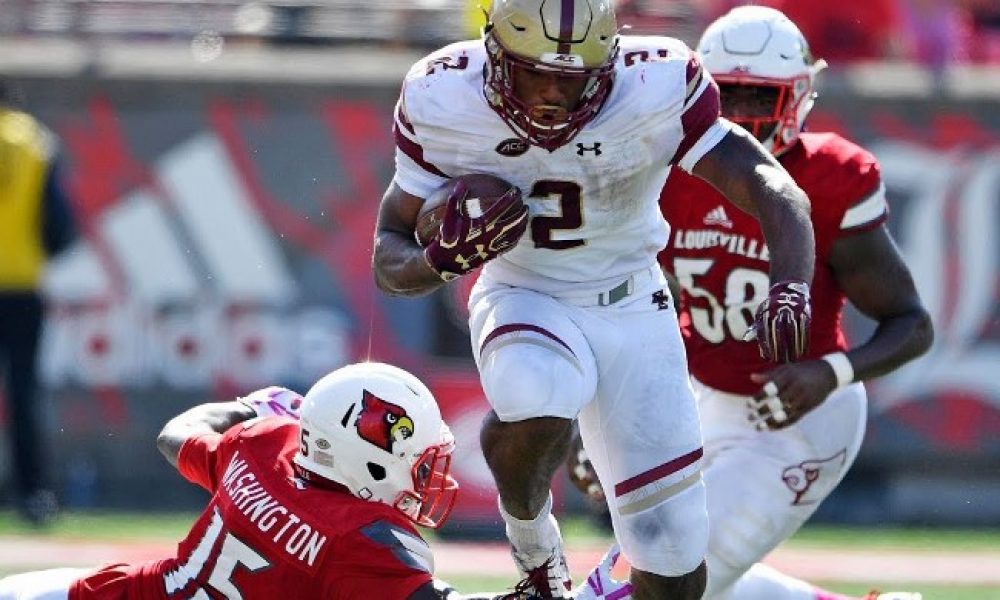 Friday night college football features an ACC showdown when the Florida State Seminoles visit the Boston College Eagles. The current line has Florida State favored by 3.5 points with the over/under point total on 47.5.

The season has not turned out like Florida State had expected. The Seminoles were ranked No. 3 in the nation to start the season, but injuries decimated their season. Boston College was picked to finish last in the ACC but has surprised many.

The Eagles have won back to back games on the road over Louisville and Virginia. Boston College routed Virginia 41-10 with Anthony Brown, the Eagles freshman quarterback having his best game under center this season. The Eagles also ran up over 500 yards in total offense in both games.

Florida State allowed 449 yards of offense in its loss last week to Louisville 31-28. Already, the Seminoles have tied the highest loss total for one season under head coach Jimbo Fisher, who has coached eight seasons with the team.

Last week, FSU lost running back Jacques Patrick to a knee injury and is likely out for the remainder of this season.  Leading rusher Cam Akers will now see the ball even more. Amir Rasul, who has rushed for just 26 yards thus far, will become the No. 2 back behind Akers.

Boston College’s Brown hit 19 of his 24 passes with 3 touchdowns versus Virginia. His play took pressure off freshman running back AJ Dillon, who the previous week rushed for 272 yards against Louisville. After his 89 yards rushing against Virginia, Dillon has 694 on the season.

Under head coach Fisher, the Seminoles are 7-0 versus Boston College including last season’s 45-7 win at home.

Boston College is 5-0 ATS in its last 5 games played.

Prediction: Florida State will likely win this outright, but Boston College will keep it close enough to cover. Lean here toward BC.