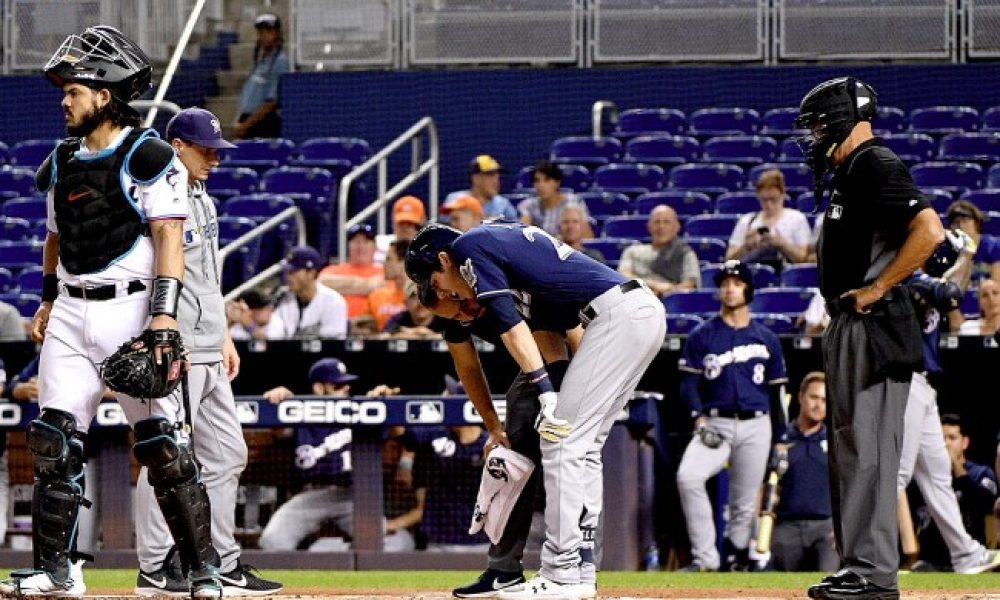 The Milwaukee Brewers beat the Miami Marlins 4-3 on Monday. However, they lost their top hitter Christian Yelich after the slugger fractured his right kneecap. The extent of Yelich’s injury was announced by the Brewers following their win over Miami.

General manager David Stearns told the media that Christian Yelich will return on Wednesday to Milwaukee. He will have additional tests and at this time it is unknown whether surgery is needed.

Yelich, who is 27, was injured during the top half of the first inning. The incident occured after fouling off a pitch that hit his kneecap. Christian Yelich was down in the ground several minutes before he was able to get up and limp to the dugout.

GM Stearns said he felt awful for Yelich. He also added that Yelich could have been a couple of weeks away from repeating as the Most Valuable Player. 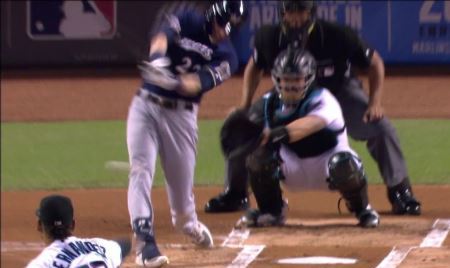 Brewers manager Craig Counsell told reporters that the news his season was done crushed Yelich and added the team must continue to battle the same way it did to beat the Marlins Tuesday night.

Following the win on Tuesday, Milwaukee inched to within one game of the Chicago Cubs for the second National League wildcard spot.

Yelich finished his 2019 season hitting .329 with 44 homers and 97 RBIs. Entering the game on Tuesday, he led baseball in both OPS and slugging percentage.

Yelich is tied for second in homers in the NL, third in batting average and his 30 stolen bases ranks him third in the NL as well.

Trent Grisham completed Yelich’s at bat with a strikeout and remained in the game in right field. Grisham will see more playing time due to the absence of Yelich.