Browns are the odds on favorite to land JJ Watt 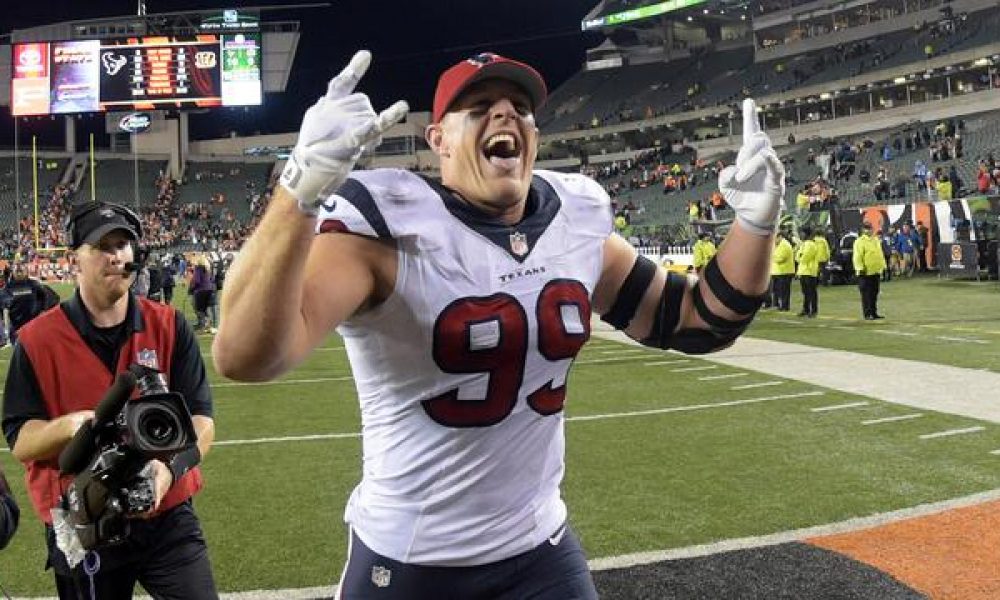 The Cleveland Browns could be in a position to land free agent JJ. Watt.

J.J. Watt got his wish when he was released by the Houston Texans last week.

So now what? Clearly, the three-time NFL defensive player of the year isn’t ready to retire.

Multitudes of fans are clamoring for Watt to sign with their beloved teams. The franchise most likely to pull that off is the Cleveland Browns, according to BetOnline, which has given the team 4-5 odds of landing the five-time Pro Bowler.

Cleveland.com reports that Watt is looking for a team that could compete for a Super Bowl and can pay him his market value. Fresh off their first postseason appearance since 2002 and first playoff victory since 1994, Baker Mayfield and company appear to meet the first requirement.

Read: Raiders Should Trade Anything For Russell Wilson

And unlike some of the teams directly below them on the list, the Browns should have the immediate salary cap space to sign Watt, who was due to make $17.5 million with Houston in 2021.