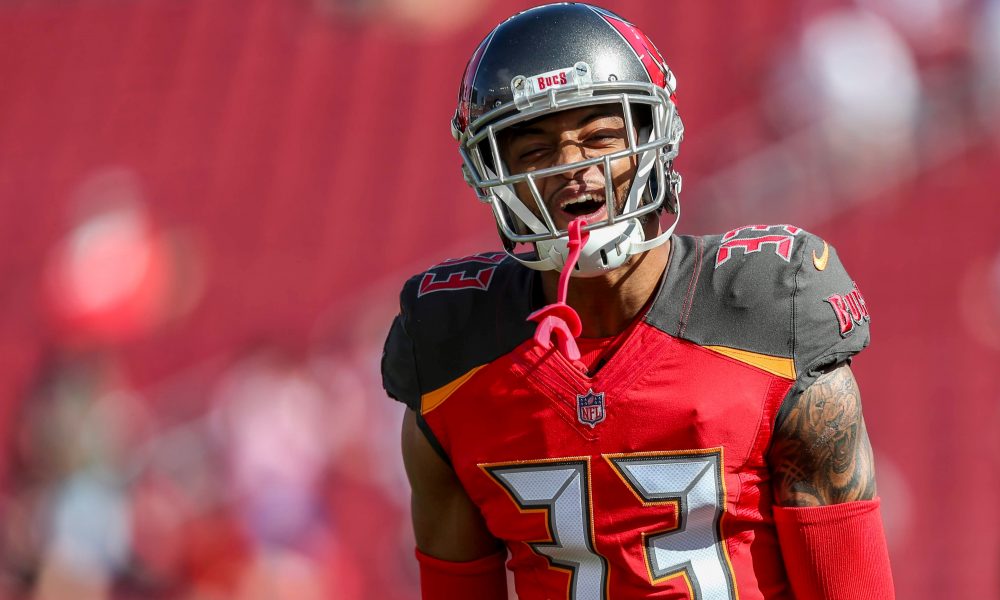 Davis tweeted an apology at 9:01 p.m. ET and explained he didn’t know it was an anti-Asian slur but thought it meant someone who was “lame.” The 24-year-old also tweeted what he thought it was a word used in South Florida and said he would remove it from his vocabulary.

I would never offend any group of people .You reporters can look for another story to blow up . The term was directed towards a producer claiming he “ran Miami “With that being said I’ll retire that word from my vocabulary giving the hard times our Asian family are enduring ❤️. pic.twitter.com/bJEOjmZuRr

Carlton Davis went to high school in Miami. He added that he never meant to hurt anyone during a time when violence and racism against Asians is high.

I used a term that from where I come from has always meant “lame”but I did not realize it has a much darker, negative connotation. I have learned a valuable lesson and want to apologize to anyone that was offended by seeing that word because we need to focus on helping each other

“We have been in communication with Carlton regarding his social media post from Sunday evening,” Licht said. “Carlton has been an active member of our Social Justice Player Board over the past two seasons and has played a key role in our organizational support for finding peaceful and productive ways to bring attention to societal issues that have plagued our country for many years.

“Words carry weight and it is incumbent upon all of us to have a thorough understanding of the words we choose and the effect they may have on others. We look forward to working with Carlton to find appropriate ways to learn from this experience and continue our joint efforts to put an end to all forms of social and racial injustices.”