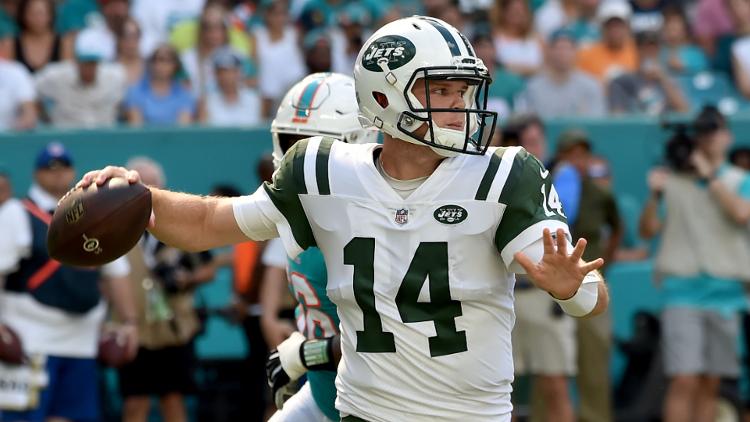 There has been months of speculation and rumors surrounding the immediate future of quarterback Sam Darnold. Finally, the New York Jets have decided to make a move.

According to ESPN’s Adam Schefter, the Jets have traded Darnold to the Carolina Panthers in exchange for numerous draft picks over the next two years.

Filed to ESPN: Jets trading QB Sam Darnold to the Carolina Panthers for a 2021 sixth-round pick and second- and fourth-round picks in 2022, per sources.

The USC product hasn’t exactly lived up to expectations since the Jets drafted him out of the iconic college program with the third overall pick in the 2018 NFL Draft. He was a highly-touted prospect coming out of USC with the Jets hoping he’d be their long-term starter under center.

Although the Jets narrowly missed out on the No. 1 pick in the upcoming 2021 NFL Draft, the team does own the No. 2 overall pick and now appear to be set to draft a quarterback. Clemson quarterback Trevor Lawrence is expected to be the top pick in the draft. As a result, Zach Wilson out of BYU could go second to the Jets.

There’s no question with this move by the Jets that they intend to either draft a quarterback in the draft or make another blockbuster trade to acquire a proven starter like Russell Wilson or Deshaun Watson. New York now has the assets to make a major move for a quarterback or simply draft a player and use the assets to put talent around a rookie gunslinger.

It’ll be interesting to see what moves are made from here as they’ll have options to upgrade the position. At the very least, they’ll set up the quarterback position for the long-term future.