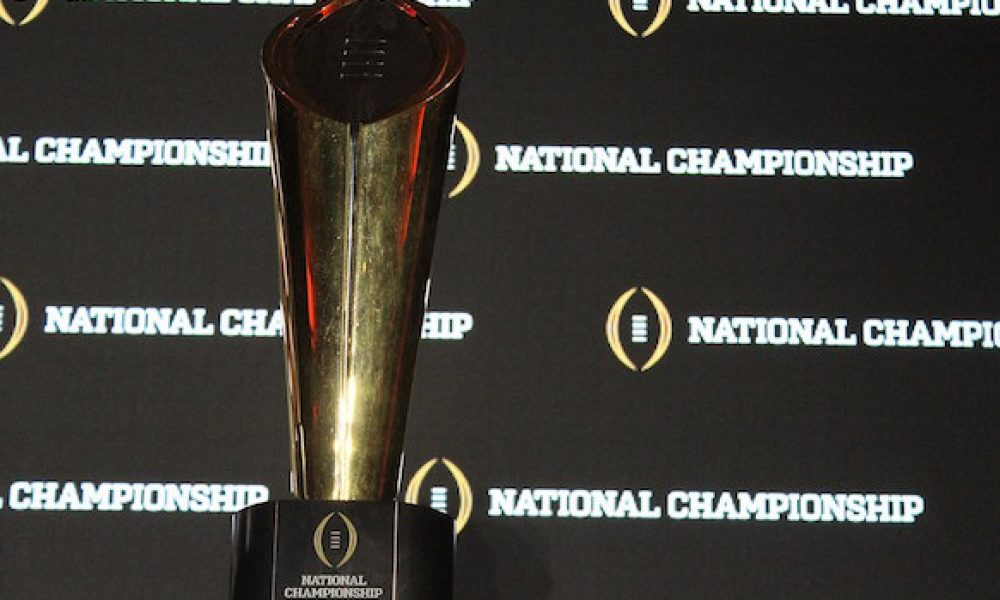 The College Football Playoff management committee is considering a potential expansion of its field, according to ESPN’s Heather Dinich.

The CFP management committee is considering “dozens of possibilities for future expansion,” according to ESPN. A new playoff field could reportedly have anywhere from six to 16 teams.

An expanded playoff field would not go into effect for the 2021 or 2022 season, CFP executive director Bill Hancock said.

“There will not be a new format this season or next season,” Hancock told ESPN. “The timetable is certainly an important detail, but it hasn’t been determined yet.”

“It’s too soon to predict the timing, but even if the board decides to alter the format, it may well not occur until after the current agreement has expired, which isn’t until after the 2025 season.”

Alabama won its third College Football Playoff crown in January in a 52-24 rout of Ohio State. Clemson and Alabama have both reached the playoff six times since 2014. Meanwhile Ohio State, Oklahoma and Notre Dame are the only other schools with multiple appearances.