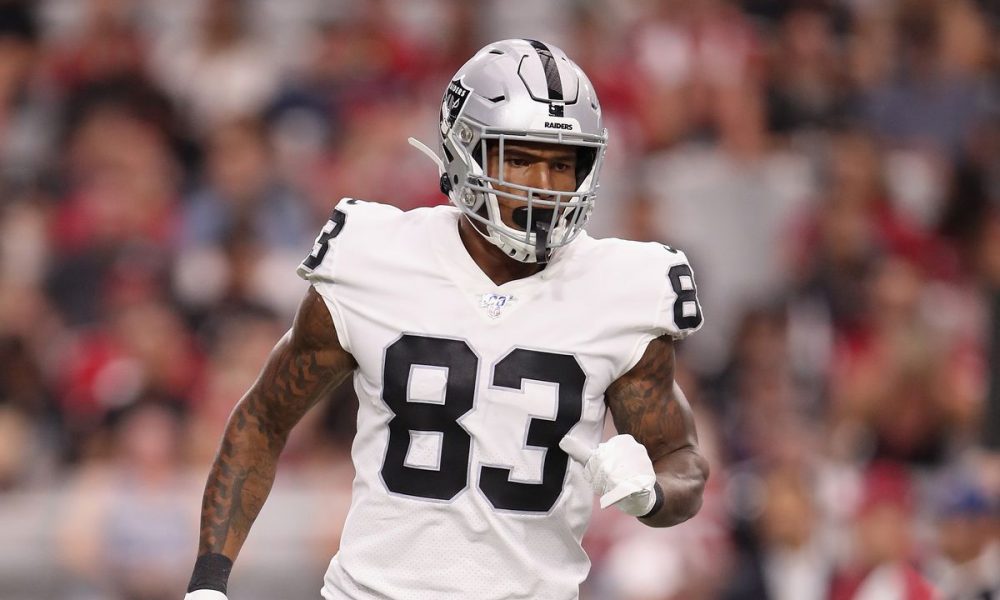 Darren Waller Among Best TEs in the League – Jon Gruden

Gruden said so after the Raiders won their first game in their new home, the Allegiant Stadium. During the impressive 34 – 24 win over the New Orleans Saints, both Darren Waller and QB Derek Carr impressed.

Carr took the plaudits for outperforming Drew Brees. He finished with 28 of 38 passing for 283 yards and three touchdowns.

His most trusted target was Darren Waller, who caught 12 of those passes for 103 yards and a touchdown.

“Waller is a great player, and our job is to get him the ball,” said Gruden.

“I’ll take him out of any of the tight ends, and I know (Greg) Kittle and (Travis) Kelce are as good as they get, but Waller is right up there with them.

“This is his second year playing the position, and it’s astonishing what this man can do.”

Derek Carr knows if he is going to shake off the conservative tag, teaming up with Waller will be key.

Read: NFL Week 3 Lines and Odds – Reason To Bet On Each Underdog

“I think he did an exceptional job,” added Carr.

“Whoever watches this game gets to see everything about Waller that we know of him to be.