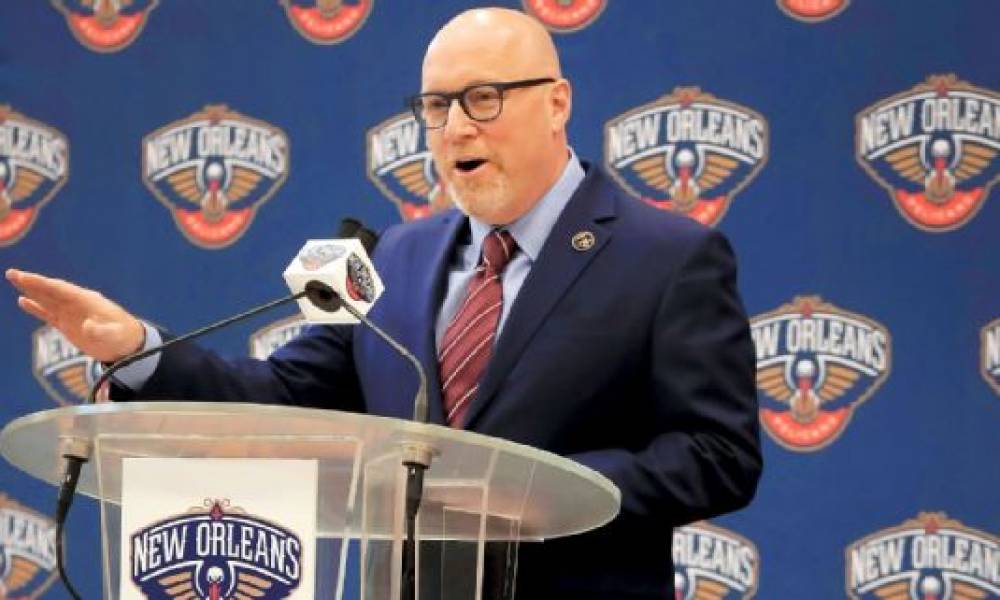 David Griffin was hired as the new executive vice president of basketball operations for the New Orleans Pelicans on Friday.

He replaces general manager Dell Demps, who was fired in the aftermath of the Anthony Davis trade saga.

In his formal introduction on Wednesday, David Griffin discussed his plans for the franchise. Somewhat surprisingly, he said he was confident of persuading Anthony Davis to stay in New Orleans.

Anthony Davis has one year remaining on his Pelicans contract. However, he publicly requested a trade in January, and although nothing materialized, it looked likely he would leave this offseason.

David Griffin is confident because he has a relationship with Klutch Sports and namely Chris Paul, who represents Davis. Griffin knows Paul, who also represents LeBron James, from his time with the Cleveland Cavaliers.

“We have a very long and successful history together with Klutch Sports,” he said.

“Rich Paul and I have spoken about Anthony, and I think we’re both excited about what we can potentially build here.”

Although he hasn’t met with Davis, Griffin played down the idea that the situation could become toxic for the team.

“Quite the opposite, actually,” Griffin said.

“Rich is genuinely excited about this situation. Rich represents the greatest player of his generation, and he saw LeBron buy into what we were doing and our direction [in Cleveland] and the respect he had for what we did.”

Pelicans owner Gayle Benson said she is hopeful that Davis will stay, but she’s clearly unsure if an agreement can be reached.

“We certainly don’t want somebody here whose heart isn’t in it, but hopefully Anthony will have a change of heart, and if he does, we’ll welcome him back with open arms,” Benson said.

“We’d like for him to stay if everybody agrees to it.”