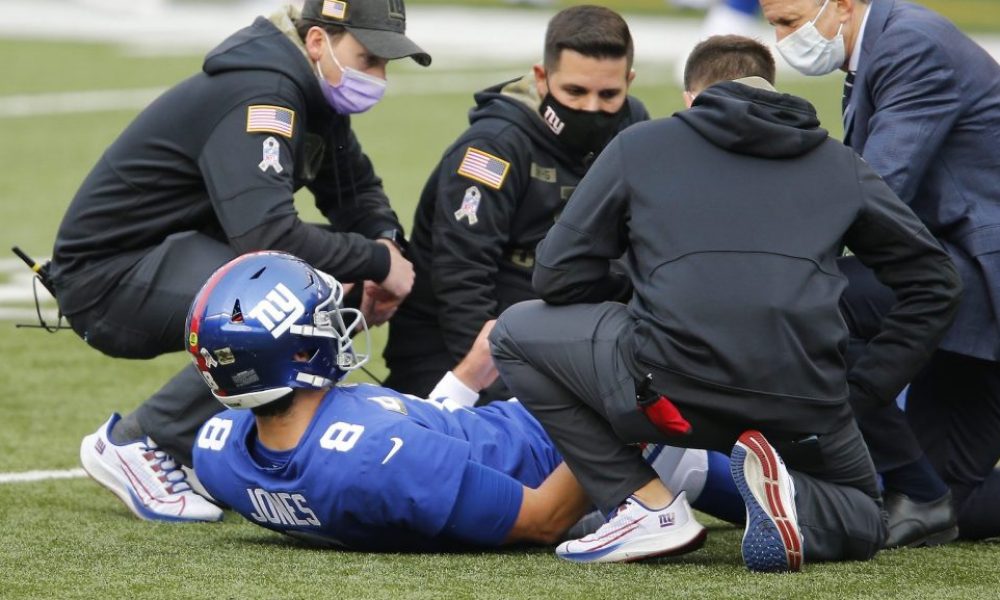 Giants head coach Joe Judge didn’t say much about quarterback Daniel Jones‘ right hamstring injury. The team will have to wait for a Monday MRI to determine next steps for their offense.

While Judge didn’t say much publicly, Jordan Raanan of ESPN.com reports that the initial belief is that Jones has a “pretty bad” injury. Daniel Jones was hurt early in the third quarter and cleared to return. However, he left after two more plays that showed he had little ability to drive off his right leg.

“Yeah, just felt it on that play and didn’t feel like I could get a lot on it really or do what I needed to do to be effective and move the ball and throw it accurately,” Jones said after the game. “Just look to rehab it, do whatever I can to heal it up as fast as I can.”

Colt McCoy was 6-of-10 for 31 yards and ran five times for seven yards in the 19-17 win over the Bengals. The Giants face the Seahawks on the road in Week 13.