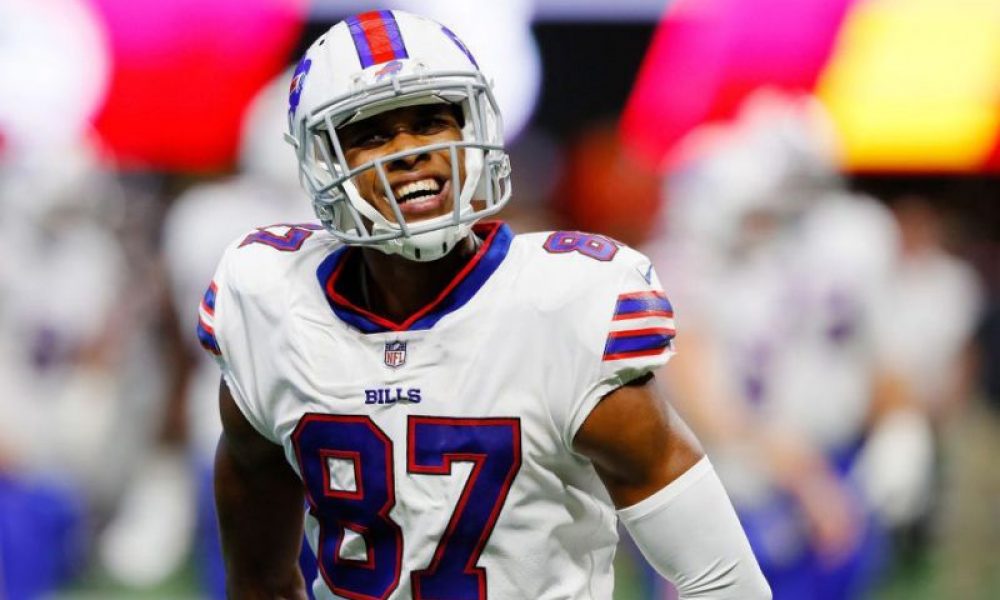 The New England Patriots have signed former Buffalo Bills wide receiver Jordan Matthews on a one year deal, per ESPN.

Matthews (25) was signed to the Bills last August from the Philadelphia Eagles. Injuries hampered his first season in Buffalo and he was limited to just 10 appearances.

Jordan Matthews suffered a chip fracture in his sternum in his first practice session for the Bills. He missed one game in Week 4 after fracturing his thumb. After that, he missed a game in November due to a knee injury. As a result, he was placed on injured reserve.

Matthews announced on Instagram that he had surgery on his left knee and his right ankle on Dec. 14. He finished the 2017 season with a career-low 25 catches for 282 yards and a touchdown.

Jordan Matthews entered the NFL as a second round pick out of Vanderbilt, being drafted by the Philadelphia Eagles. In spite of showing great potential, he saw his playing time in Philadelphia reduced, and was eventually dealt to Buffalo.

In three seasons with Philadelphia, Matthews caught 225 passes for 2,673 yards and 19 touchdowns.

It is a timely boost for the New England Patriots in the wide receiver position. It recently dealt Brandin Cooks to the Los Angeles Rams and lost Danny Amedola to free agency.

.Jordan Matthews certainly has the physical attributes to be a successful wide reciever in the NFL. Standing at 6”3 and 212 pounds, he will be a force if he can hit form next season. If this happens, it will turn out to be a bargain for the Patriots.

Patriots coach Bill Belichick has a mixed history when taking chances on misfit wide receivers. Signing Randy Moss proved to be a huge success. However, a move for Chad Johnson didn’t work out.