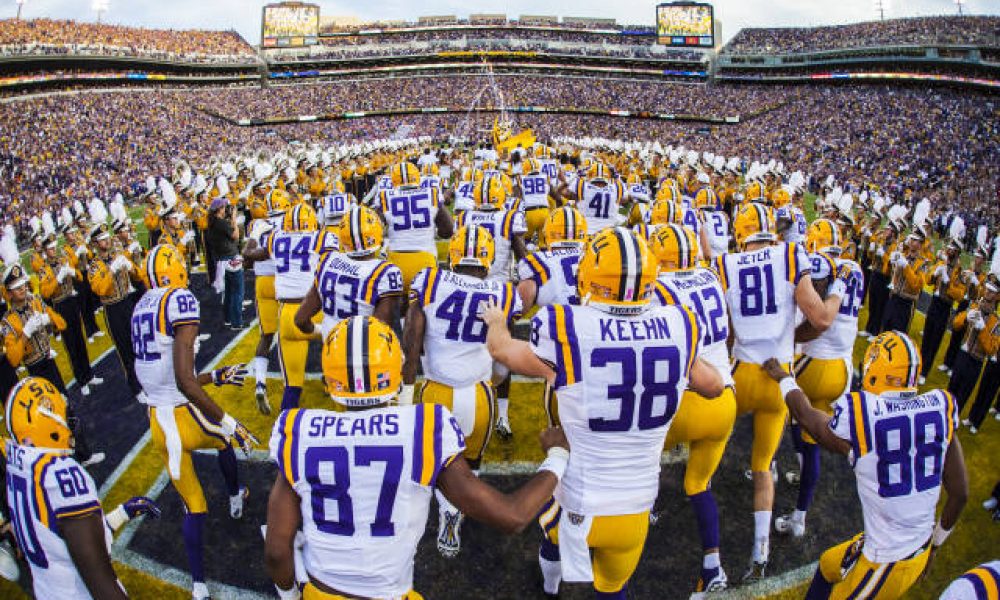 The No. 10 Florida Gators will not be taking on the LSU Tigers this week, according to multiple reports.

NEWS: The LSU at Florida FB game of Oct. 17 is postponed due to positive tests & subsequent quarantine of individuals within the Florida FB program. The action is consistent with SEC COVID-19 management requirements. The game is tentatively rescheduled for Dec. 12.

There is an ongoing coronavirus outbreak among the Florida football team. This includes 19 players who have tested positive for COVID-19, according to multiple reports. As a result, the Gators’ game against the LSU Tigers has been postponed.

The Gators entered the week set to face off against LSU on Oct. 17 at 4:00 p.m. ET., however that game will now be postponed until further notice. The Gators will not be able to play their rival in the SEC West and will have to use this week as a bye week until the team can get a full understanding of the spread of the virus.

Florida-LSU is now the second SEC matchup this season that has been postponed due to an outbreak within a program. Earlier this week, Vanderbilt was postponed its matchup against the Missouri Tigers due to a similar outbreak that left it with just 56 scholarship players last week in a 41-7 loss to South Carolina.

Earlier Wednesday, Gators head coach Dan Mullen indicated that the team is still attempting to get an idea of how the outbreak occurred.

“We saw a spike of positive tests on Sunday,” Mullen told the media. “We’re getting a better idea of trying to trace the origin of it. We’ve not been able to do that.”

Last week, Mullen was under fire due to comments made following the team’s 41-38 loss to Texas A&M. After the game, the Gators head coach stated he would like to “pack the Swamp” in an effort to gain an advantage over any opponent to enter, similarly to how he felt the Aggies did in its game that included a reported 24,709 fans in attendance.

On Wednesday, Mullen apologized for his comments, stating that he respects the local health officials and didn’t mean to offend anyone.