Miami Heat Playing Like a Contender in the Eastern Conference 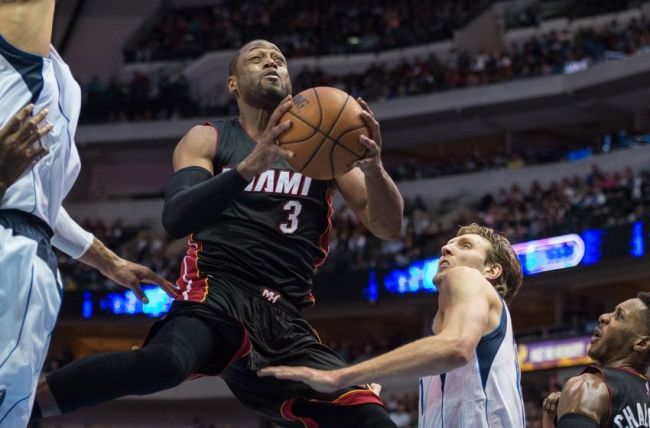 The NBA Eastern Conference power shifted during the off season when the Cleveland Cavaliers signed LeBron James and traded for Kevin Love. However, with just two weeks of the season played it is the Miami Heat near the top of the conference standings while the Cavaliers try to find its way.

Most NBA observers felt the Heat would be hit hard by the loss of James, but Dwayne Wade and Chris Bosh are showing the league they can play just fine without Mr. James.

However, the game was much more than just Deng’s great performance.

It showed that collective action is able to offset the effects of losing one superstar.

Miami after just 7 games of the regular season is passing at a higher rate than the past four seasons.

Wade’s 10 assists led the team and put him in position to be the primary playmaker something that the team lacked last season when they lost to San Antonio in the Finals. 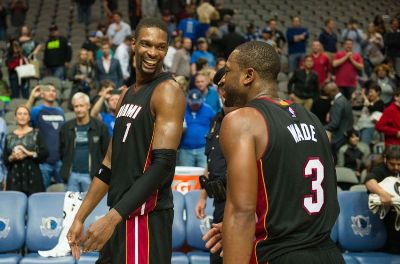 Erik Spoelstra the Heat head coach praised Wade for his play on Sunday.

While teams such as Dallas try to find their identities, much like Cleveland is doing, after making big moves with trades or free agency, Miami has quietly put together a team that with talent from last season and the additions of Deng, Shabazz Napier and Josh McRoberts, that can be a legitimate contender for the Eastern Conference title.

The hot start by Miami is not only testament to the unselfish culture that Spoelstra has been able to craft, but speaks highly of the veteran core on the club that has embraced the selfless movement willingly.

With the power structure in the Eastern Conference still in flux plenty of room is available for Miami to wedge its way into title contention as unlikely as most would have thought just a few short months or even weeks ago.

Another test for the Heat is just around the corner when it looks for its third consecutive win hosting the Indiana Pacers on Wednesday night.

Of course, the season is 82 games long and 75 remain, but Miami has already put the rest of the conference on notice that it expects to be near or at the top this season, even without the aforementioned Mr. James in a Heat uniform.