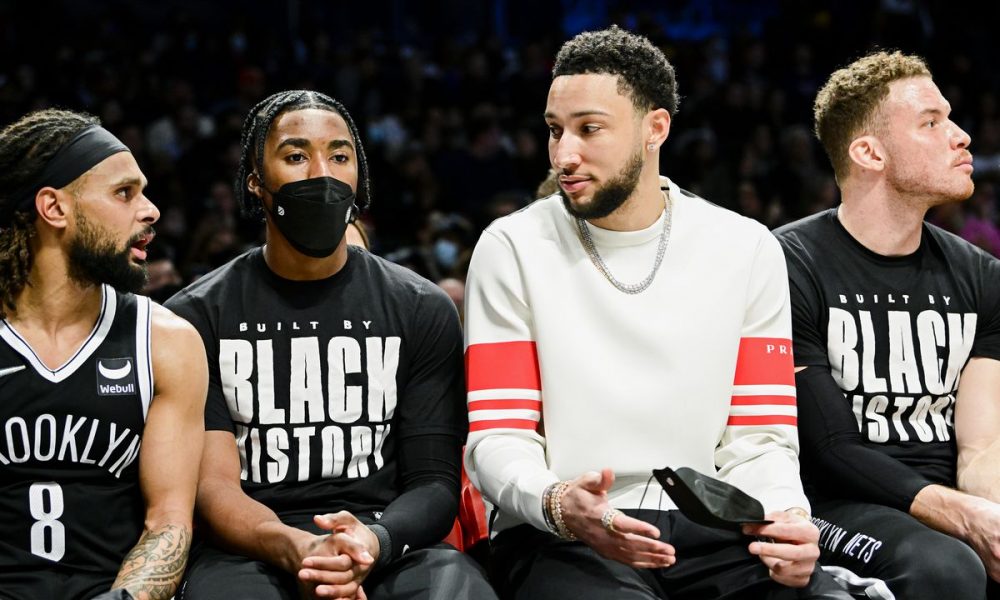 Throughout much of the season, Brooklyn Nets star guard Ben Simmons has dealt with much scrutiny over his lackluster play.

Simmons finally broke through on Thursday night with his best performance in a Nets uniform, posting 15 points, 13 rebounds, and seven rebounds in 32 minutes in the win over the Portland Trail Blazers.

After the contest, star forward Kevin Durant praised his teammate.

“I’m just happy for him because he’s been trying to get his form back, trying to figure his rhythm out,” Durant said via ESPN. “Tonight I think he did a good job just talking up, commanding the offense, commanding the team on the defensive side of the ball. He was incredible tonight. So we’re going to keep building on that and hopefully we’re able to get this next one, but he controlled the game and was able to get us back into it.”

Simmons has been much maligned by outside criticism due to his struggles to be a significant factor offensively. His scoring shortcomings have led to chatter around his mental approach to the game.

The Nets have continued to voice unwavering support, but there is a strong understanding that he must be a dependable factor on both ends of the floor. His improved play is a promising sign, especially with Kyrie Irving expected to return to the lineup on Sunday against the Memphis Grizzlies.

Brooklyn needs him to be one of the primary ball handlers and playmakers alongside Irving and Durant if the team hopes to contend for an NBA title.