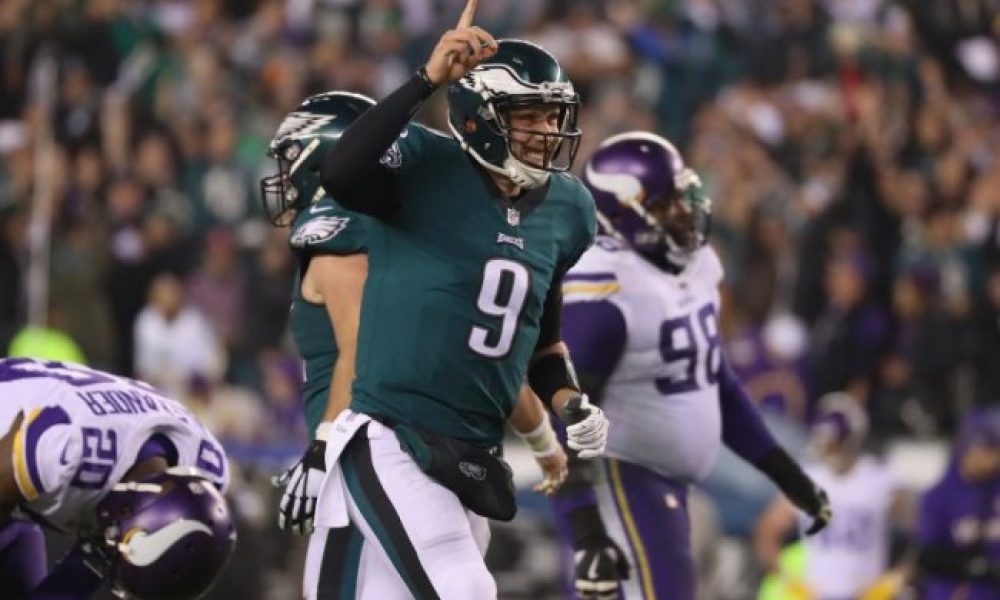 The Philadelphia Eagles easily won the NFL Championship game on Sunday over the Minnesota Vikings but have been given little respect from odds makers. Most sportsbooks in Vegas and online have installed the New England Patriots as 5.5-point chalk (favorites) to beat Philadelphia in Super Bowl LII. Other betting houses have the odds as high as Patriots -6.5. The majority have the over/under point total for the game opening at 47.5.

New England will play for its second consecutive title in the Super Bowl and its third in the last four seasons on February 4 when they face the Eagles in Minneapolis, Minnesota at U.S. Bank Stadium. In the previous 51 Super Bowls, the betting favorite has won 33 times.

The opening line has made the Eagles the biggest underdogs in a Super Bowl since Super Bowl XLIII in 2009. Back then, the NFC Champion Arizona Cardinals opened as 7-point dogs to the AFC Champion Pittsburgh Steelers.

New England will be playing in its 10th Super Bowl following a second half rally in the AFC Championship to beat the Jacksonville Jaguars. The Patriots trailed by 10 with nine minutes remaining in the fourth quarter. However, they scored 14 straight points to win 24-20.

Philadelphia did not have such a difficult game in the NFC Championship. The Eagles beat the Minnesota Vikings 38-7 to return to the Super Bowl for just the first time since Super Bowl XXXIX. The game was played in February of 2006 when they were beaten by the Patriots. It is just the third time the Eagles have played in the Super Bowl. They have yet to win one.

New England started the season as the consensus pick to win the Super Bowl with odds of 5 to 2. Following a shaky start after two early losses, the Patriots remained the favorite on sportsbooks nearly the entire regular season.

The Eagles opened the regular season with odds of 40 to 1 to win SuperBowl LII. With Carson Wentz at quarterback, the Eagles won 10 of their first 12 games. Although they lost Wentz to a season ending knee injury at the start of December. Nick Foles took over the quarterback duties and has helped lead the team to the NFC title and an appearance in the Super Bowl.

For the next two weeks, the odds will move as public bettors make their wagers and sharp money peruses the numbers and waits to see if the line moves one way or the other before making their pick.