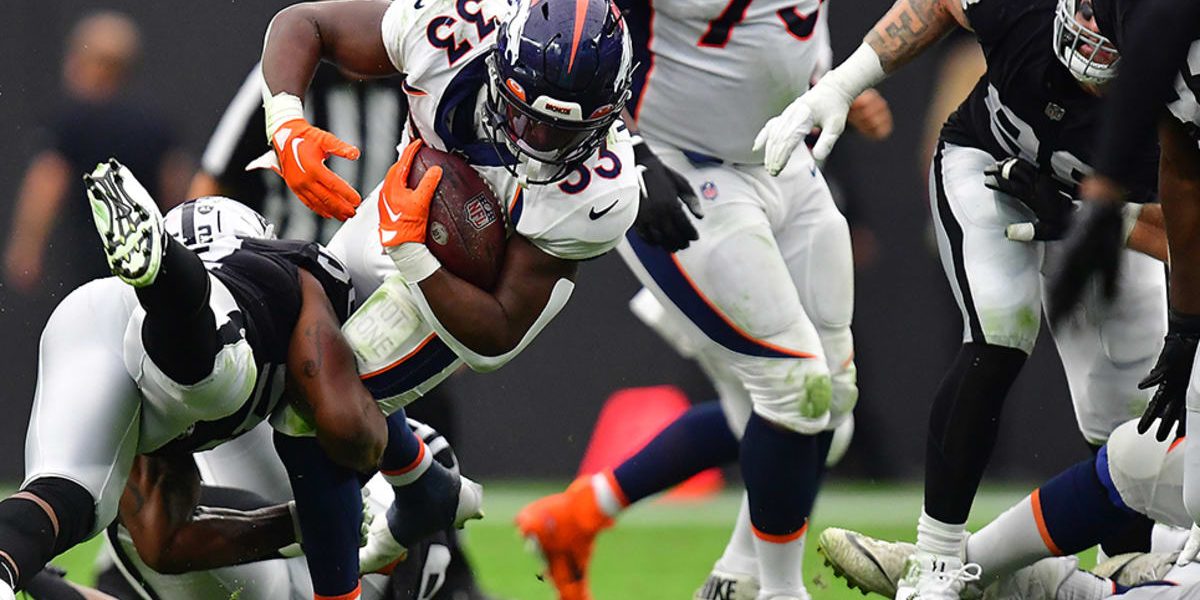 The Denver Broncos saw their two-game winning streak snapped on Sunday after falling to the Las Vegas Raiders.

The Broncos were dealt another tough blow as running back Javonte Williams suffered a season-ending torn ACL and LCL in his right knee.

“Losing Javonte is so important, (he’s) a dynamic player in this league,” Head coach Nathaniel Hackett said via ESPN.

The injury occurred on the Broncos’ first play of the second half after he was tackled for a 1-yard loss. Williams was helped off the field and couldn’t put any weight on his right leg.

His absence puts former Pro Bowler Melvin Gordon in a prime position as the primary factor out of the backfield. Gordon has struggled with ball security in the first four games as he’s fumbled four times.

Meanwhile, his production hasn’t been dependable, tallying 139 rushing yards on 37 attempts, averaging 3.8 yards per carry with a touchdown. He also has eight receptions on 10 targets for 49 receiving yards.

The Broncos will likely look to feature Mike Boone in a significant role. Boone tallied 20 rushing yards on three carries with one reception for nine yards in Sunday’s loss to the Raiders.

Denver is likely going to lean on both Gordon and Boone in a split role moving forward. Meanwhile, it places more of a workload on Russell Wilson to lead the Broncos’ offense behind his arm.

Wilson has struggled to lift the offense to the level expected, as the team ranks 29th with 16.5 points per contest, and 19th in passing.