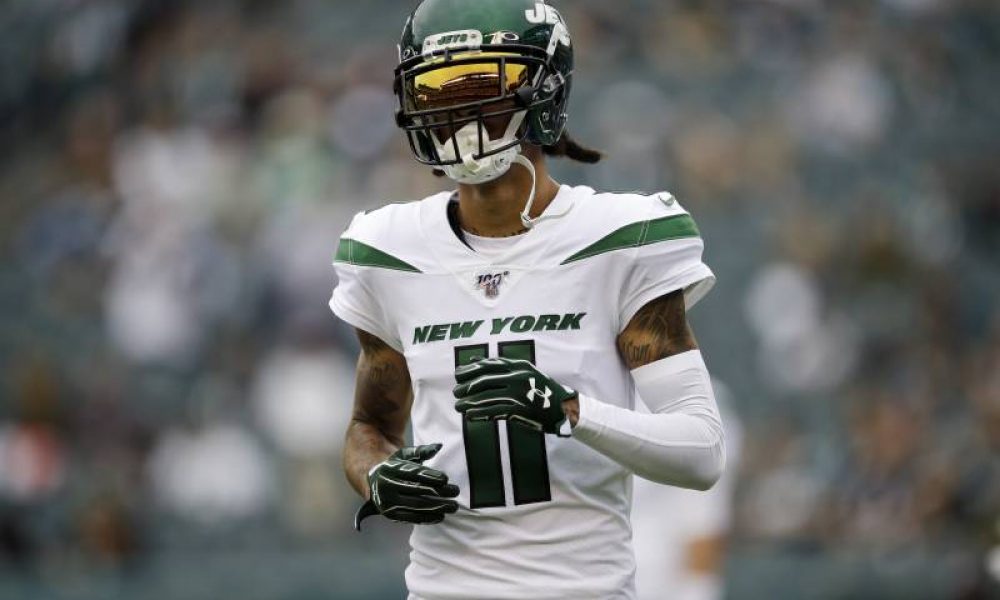 The Carolina Panthers are going through some drastic changes. The once-dominant team has struggled over the past few years. As a result, head coach Ron Rivera got fired and superstar quarterback Cam Newton was released.

However, even with these drastic changes, the Panthers have kept their eye on the prize. The team recently made some impressive moves in NFL free agency. The latest move gives the team a new star wide receiver in Robby Anderson, who agreed to a deal with the team on Tuesday, according to ESPN via Pro Football Talk.

Anderson will sign a two-year, $20 million deal with the Panthers, including $12 million in the first year, Adam Schefter of ESPN reports.

Despite having a dwindling value on the open market, Anderson was able to find a new and promising situation. The Panthers recently signed Teddy Bridgewater to be their new starters under center moving forward and Anderson gives him a star receiver downfield to go along with arguably one of the best and most versatile running backs in the NFL in Christian McCaffrey.

The addition of Anderson and Bridgewater gives the Panthers the firepower to be an elite offense in the NFC. Although Bridgewater hasn’t been a consistent starter since his time with the Minnesota Vikings, he showed promise replacing Drew Brees last year with the New Orleans Saints while the superstar was nursing an injury.

Last season with the Jets, Anderson played in all 16 games in which he caught 52 passes for 779 yards and five touchdowns.