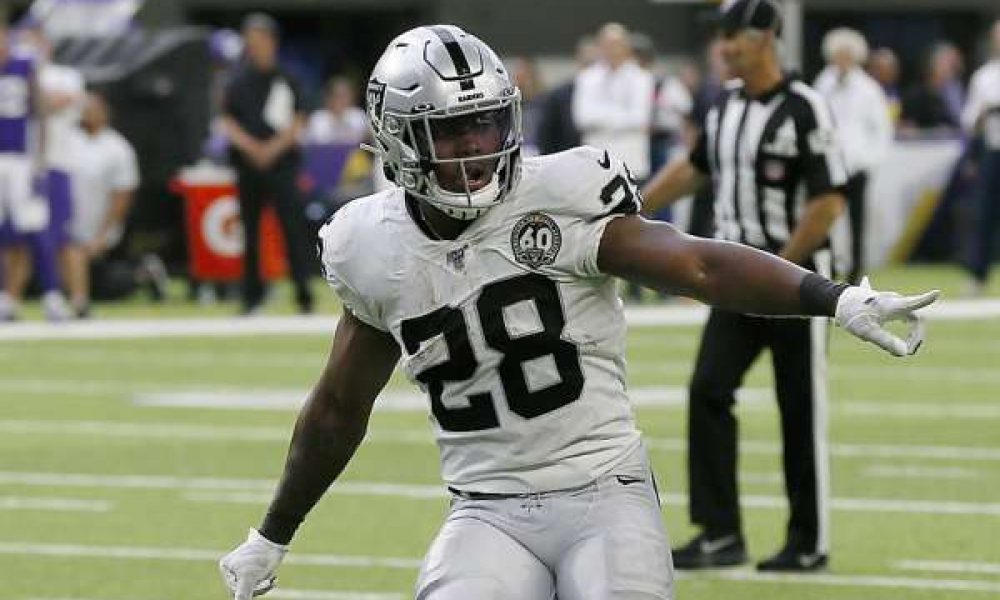 In Week 17 of the 2019 NFL season, the Oakland Raiders still have a shot at making the playoffs if a few different plausible scenarios end up going their way. Unfortunately, they may have to try to clinch a playoff spot this week without star rookie running back, Josh Jacobs.

Jacobs has been dealing with injury issues for the last few weeks putting the rest of his rookie campaign in doubt. On Christmas Day, however, Jacobs unexpectedly underwent surgery on his leg, which has potentially ended his first year in the NFL, according to ESPN.

Oakland Raiders running back Josh Jacobs underwent surgery Wednesday, according to posts on his Instagram story.

Jacobs, who has missed two of the Raiders’ past three games with a fractured right shoulder, wrote, “Surgery went great fastest surgery ever.” He also posted a photo with his lower leg wrapped in bandages.

Jacobs has made quite an impression in his first year with the Raiders. The 21-year-old back out of Alabama is in the running for Offensive Rookie of the Year after having rushed for 1,150 yards and seven touchdowns in 13 games played. Jacobs has been as solid as any player on the Raiders this season and if he can stay healthy in the years to come, he’ll have a very bright future with the team as they make the move to Las Vegas.

The postseason isn’t out of the question but without Jacobs on the field it will be tough to get an edge over the division rival Denver Broncos on Sunday in the Mile High City.