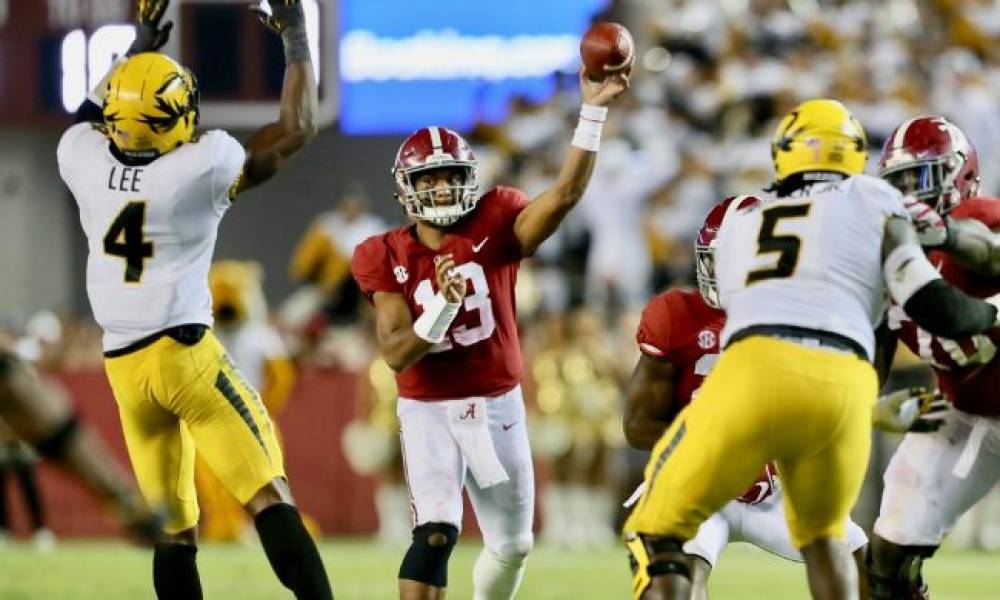 The 2019-20 college football regular season kicks off in one month and odds makers have updated their Heisman Trophy futures boards. Two quarterbacks are expected to battle for the prestigious award in 2019.

Clemson Tigers QB Trevor Lawrence won the 2019 college football national title against Alabama Crimson Tide signal caller Tua Tagovailoa. However, it is Tua that is the early favorite to win the Heisman Trophy this December. The Alabama quarterback is the +250 favorite, while Lawrence has the second best odds at +275.

Three more quarterbacks round out the top five best odds with Ohio State’s Justin Fields at +900, Oklahoma’s Jalen Hurts at +1000 and Nebraska’s Adrian Martinez at +1100.

Want $250 to bet on College Football?

The only non-quarterback in the top 10 best odds is Wisconsin running back Jonathan Taylor at +2000.

Alabama’s Tagovailoa finished second in the Heisman Trophy balloting in 2018 behind Oklahoma’s Kyler Murray who is now a member of the NFL’s Arizona Cardinals.

Many football pundits believed Tua’s numbers were far better than Murray’s and he should have won the award as the Crimson Tide signal caller played in the fourth quarter just once all season due to blowout victories by Alabama. 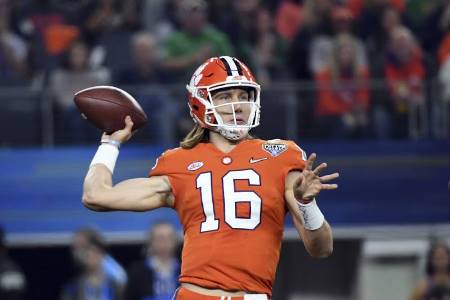 Last season Alabama averaged 45.6 points per game which was No. 3 in the nation and 323.6 yards passing per game. Tagovailoa passed for 3,966 yards with 43 TD passes and just six interceptions.

Lawrence became the full time starter for Clemson as a true-freshman after the fourth week of the season taking over for Kelly Bryant.

The Tigers scored an average of 44.3 points per game, but with Lawrence under center for nine games, Clemson averaged 47.4 points per game. The freshman threw for 3,280 yards, 30 touchdowns and four interceptions. His numbers would have been much, much higher if he had played as the starter the first four weeks of the season.