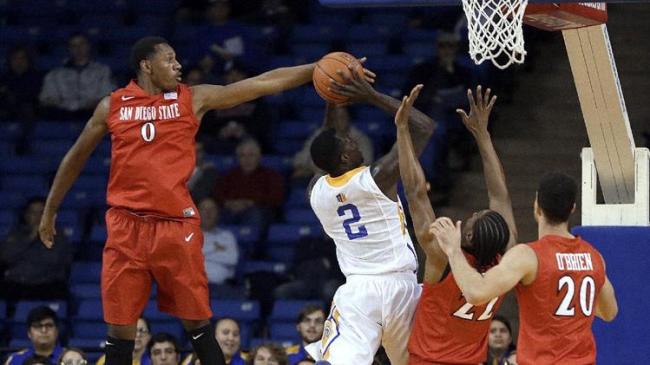 If you ask most east coast college basketball fans to name this week’s Top 5 in the national poll, most would have a hard time naming the fifth team. It is not surprising since they play on the West coast and do not get much television coverage back east.

However, the No. 5 ranked San Diego State Aztecs have quietly moved up in the national rankings. The Aztecs will be a legitimate contender for a national title when March Madness rolls around in six weeks.

San Diego State is 18-1 on the season and 7-0 in Mountain West Conference play. The only loss the Aztecs suffered was at home 69-60 to the Arizona Wildcats, the nation’s No. 1 team. San Diego trailed by just 4 points in the game’s final two minutes.

The Aztecs even defeated the Kansas Jayhawks in Kansas earlier this season. Besides the three teams that are undefeated – No. 1 Arizona, No. 2 Syracuse and No. 4 Wichita State – the Aztecs have a current 15-game undefeated streak. 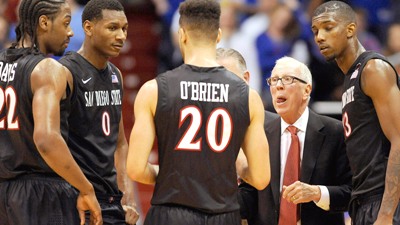 Regardless, most fans of the hardwood outside of the city of San Diego have not even heard of the Aztecs basketball team. One of those reasons is a lack of press coverage due to the misnomer or stigma that teams from the Mountain West Conference cannot compete with the best teams in the NCAA.

This season was to be a rebuilding year for the team, which is led by coach Steve Fisher. The Aztecs were even projected in the preseason to be not better than fourth in their own conference.

Part of that was due to San Diego State losing four of its top scorers for the team in 2012-13. The four took 61% of the team points with them when they left school.

This season some press was given SDS when they upset Marquette and Creighton in the Wooden Legacy, but after a few stories and highlights on sports shows, the Aztecs returned to obscurity, until they defeated Kansas.

Once again, the Aztecs have fallen off the national radar as they are amidst their conference schedule out west.

Josh Davis is third in the nation in rebounds with 11.5 per game. Davis transferred from Tulane where he scored 17 points per game, but he is far from being the focal point on offense.

Leading the Aztecs in scoring is Xavier Thames with an average of 17.6 points per game. Winston Shepard chips in with 13 per game and JJ O’Brien and Davis are averaging just less 9 points per game.

Thames was listed this past month as one of the top 10 players in the nation. The Aztecs point guard has take over control of the team on the court.

The biggest strength however is the team’s defense. The Aztecs are third in the nation in defensive effective field goal percentage trailing only Arizona and Clemson. The team allows its opponents to shoot just 40% from the field, which is fifth in the country.

Only two opponents in 19 games have scored over 70 points against the Aztecs.

However, their biggest drawback is their own conference. Over the past two seasons, the MWC has had nine teams reach the NCAA year-end tournament, but only have a record of 3-9 amongst them.

Since 1999, its inaugural season, Mountain West teams are 17-38 in NCAA tournament action and not one team has reached the Elite Eight.

This year however, looks to be the exception and not the rule.