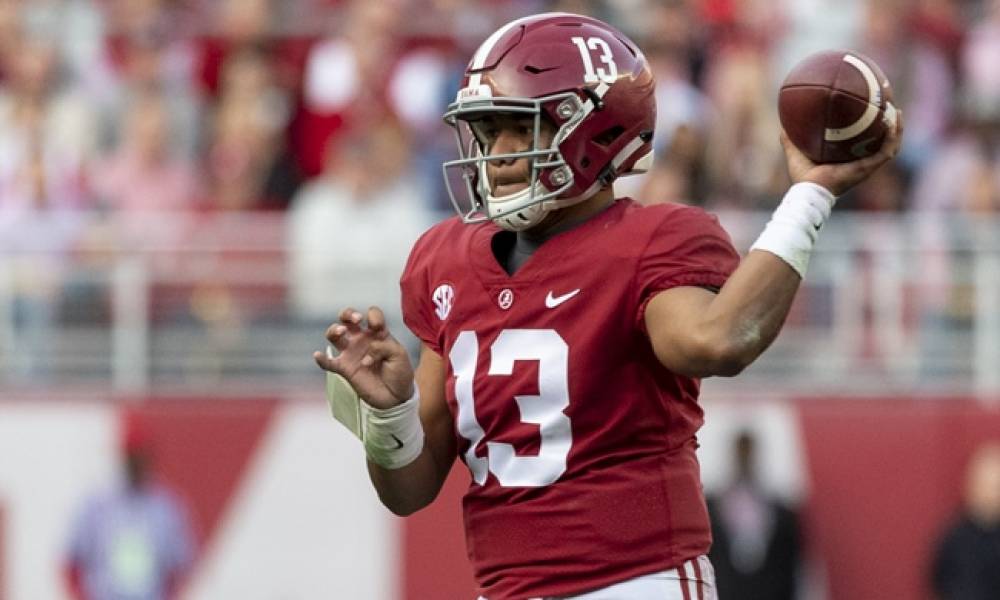 Tua Tagovailoa is already making waves in relation to the 2020 NFL Draft. The 2019 NFL Draft has come and gone and thoughts are already on the 2020 NFL draft that will be held next April in Las Vegas. Sportsbooks have released a futures board for odds on who will be selected No. 1 overall in the 2020 draft.

The favorite to be chosen No. 1 is Alabama Crimson Tide quarterback Tua Tagovailoa, who will return to play as a junior next season. Tua Tagovailoa is currently 3 to 1 to be picked No. 1 overall. 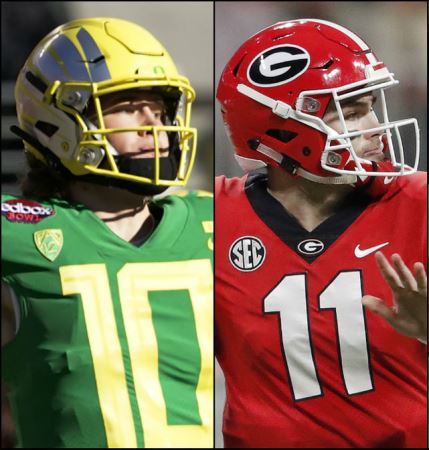 Oregon quarterback Justin Herbert and Georgia signal caller Jake Fromm are just behind Tua at 7 to 1 to be drafted No. 1 in 2020. No other players were listed with odds of less than 10 to 1.

In 2018, Tua Tagovailoa threw for 3,966 yards with 43 touchdowns and six interceptions. The Alabama signal caller also rushed for five touchdowns.

Under the leadership of Tagovailoa, the Crimson Tide played in the College Playoff National Championship game, but lost to Clemson. Tua finished second in Heisman Trophy balloting to winner Kyler Murray, who was selected No. 1 overall in the just completed 2019 NFL Draft.

Tua is also the 5 to 2 favorite to win the Heisman this December ahead of Clemson quarterback Trevor Lawrence who has odds of 7 to 2.

Murray opened at 4 to 5 to be drafted No. 1 overall in 2019 and closed at an incredible 1 to 25 before sportsbooks took him off their boards.