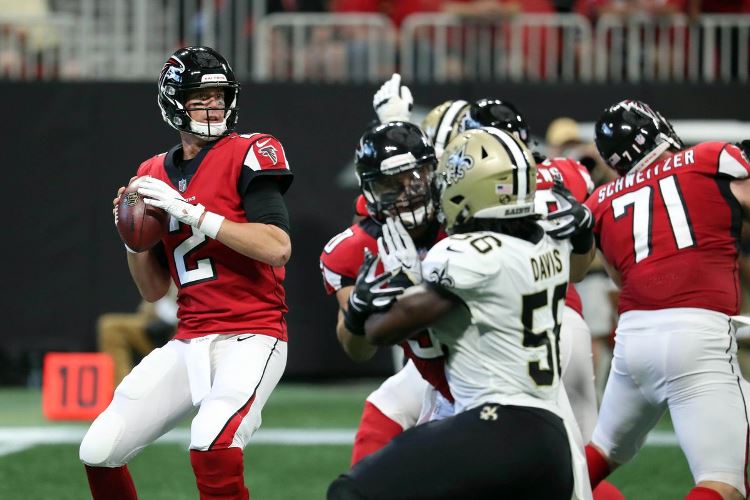 The New York Giants visit the Atlanta Falcons on Monday Night Football to bring the curtain down on Week 7 of the NFL regular season. Last week the Falcons and quarterback Matt Ryan snapped a three-game losing streak and the Giants and quarterback Eli Manning hope for the same this week.

The Giants were 3-13 last season and drafted Saquon Barkley as the No. 2 overall pick in the draft. However, that has not turned the tide as the Giants are 1-5 after six weeks and fans are calling for Manning to be replaced.

Giants co-owner John Mara said he knows Manning is being beaten up in the press but many players must play better when the team wins just once in six games. 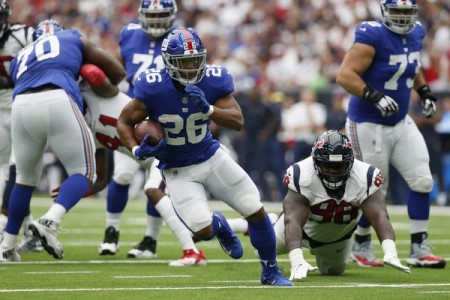 Barkley has played well in his first season in the NFL. Last week the Giants running back had 130 rushing with one touchdown and nine receptions for 99 yards, but the Giants lost to the Eagles 34-13.

With 100 or more yards from scrimmage against Atlanta, Barkley will join Chiefs back Kareem Hunt as the only two NFL players to accumulate 100 yards or more from scrimmage in each of the first seven games of their NFL careers.

The Giants defense has given up an average of 27 points a game and is last in the NFL in sacks with 7.0.

Atlanta is far from being without issues with the biggest being injury problems, but at least Ryan still has his favorite passing target in wide receiver Julio Jones, who is considered by many football pundits to be one of the league’s best.

Ryan is No. 3 in the NFL in passing yards with 1,956 and has thrown 12 touchdowns passes with no interceptions during the last four games after passing for 340 yards with three touchdowns in a win over Tampa Bay last week.

In the win over the Buccaneers, Jones caught 10 passes for 144 yards and has the second most receiving yards in the NFL with 708, but has not yet scored a touchdown.

Atlanta’s running back Devonta Freeman was put on injured reserve after undergoing groin surgery last week, which means Tevin Coleman and Ito Smith will split snaps at running back

The Giants problems will continue, while the Falcons will win for a second straight week in a back and forth high scoring affair 35-21.