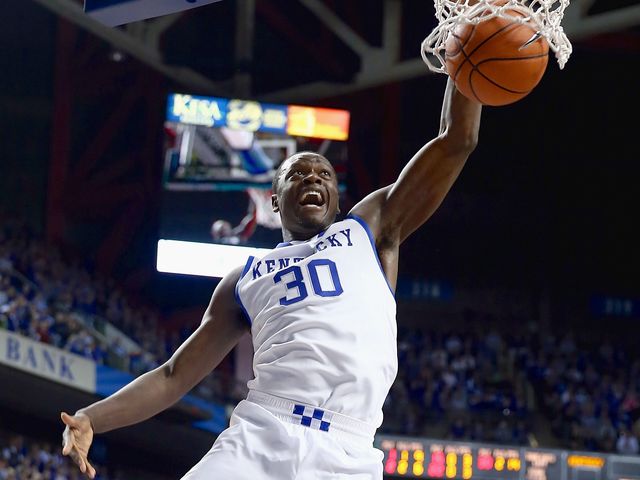 The second half of the Sweet 16 tips off Friday with four intriguing matchups. One of those games features a battle between in-state rivals the Kentucky Wildcats and the Louisville Cardinals.

This Midwest Regional semifinal features two rivals that have been on top of college basketball the past two seasons.

Kentucky started the season as the No. 1 ranked team but spent the majority of the season underperforming. However, last week, the ultra-talented team finally played to the potential everyone had of the Wildcats in their round of 32 win over Wichita State.

Louisville has one of the nation’s best defenses and is No. 2 in the nation in turnover percentage on the defense, which could work to their favor as Kentucky can be prone to turn the ball over. 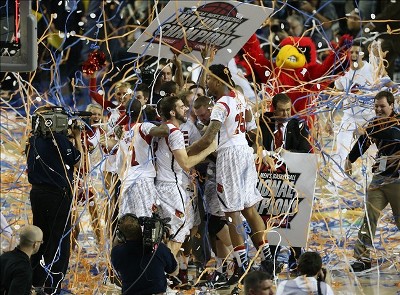 Louisville, to win must have great play from Terry Rozier, Chris Jones and their court general Russ Smith. The three need to pressure the Kentucky backcourt the entire night.

The backcourt is where the game will be won or lost. Nevertheless, the biggest man-to-man matchup of the night will be between Louisville’s Montrezl Harrell and Kentucky’s Julius Randle.

Randle is one of the most if not the most talented player in the Southeastern Conference. He is a strong forward capable of dominating the entire paint.

Harrell does not get the attention Randle does, but he could be a lottery pick in the NBA because of his strength down low as well.

The line opened with Louisville favored on most books -5.5 but has been bet down to -4 on some and to -4.5 on others.

Louisville’s front line is not that big and Kentucky’s is as athletic and big as many teams in the NBA. Stephen Van Treese must have an impact in the game off the glass. The Cardinals are just 264th in the nation in rebounding on the defensive end and Kentucky is No. 2 in offensive rebounding.

Louisville likes to play zone and Kentucky has followed suit of late during the latter part of the season. That could mean that three-point shots will be lofted often in this matchup. This season Kentucky has hit 33% of their three pointers, while Louisville has hit 37%.

Russ Smith will be the biggest key of the game for Louisville. He was an All-American this year, but over the first two games of this tournament, he has missed 13 of 19 shots and turned the ball over 13 teams. He only had two steals through the first two games.

Smith’s numbers need to improve if Louisville hopes to get past Kentucky and into the Elite Eight on Sunday.