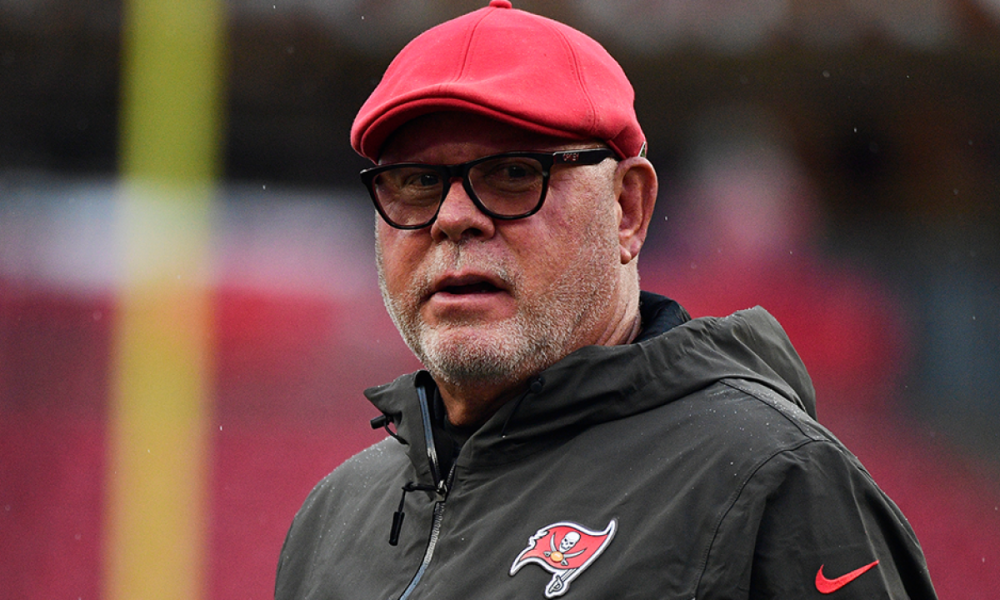 The Los Angeles Rams and Tampa Bay Buccaneers lead the NFC portion of our NFL power rankings, and they’ll meet in Week 3.

The Falcons can’t stop anybody, and they make up for it by not scoring enough points.

Detroit is giving it an honest effort and the some, but the Lions simply don’t have enough skill to compete with good teams.

After a Week 1 loss to the Denver Broncos, the Giants gave away a game in Washington with dumb penalties and horrid coaching.

The Eagles have more talent than some of us believed, but they’re still very limited offensively and the defense took a huge hit with Brandon Graham’s Achilles tear.

The Vikings could easily be 2-0, but they’re the Vikings, and so they’ve found ways to lose both of their games.

Andy Dalton or Justin Fields this week? Nobody, including the Bears it seems, really knows.

Washington can win some games and move up the NFL power rankings if the defense gets back to playing top-tier football. Otherwise, it’ll be a long week against the Buffalo Bills.

With the Houston Texans and third-round rookie quarterback Davis Mills on deck, the Panthers are looking to go 3-0.

Dallas escaped Los Angeles — and a de facto home game — with a win on Greg Zuerlein’s field goal at the buzzer. A huge victory for the Cowboys.

Kyler Murray played a wild game on Sunday, but made one big play after another — albeit with two interceptions — in a win over the Minnesota Vikings. Now, the Jacksonville Jaguars.

The Packers avoided a total disaster by beating the Lions on Monday night. Now they go out west to tangle with the 49ers.

Speaking of San Francisco, it finished off a two-game road trip by defeating the Eagles in an ugly 17-11 battle.

Read: Buccaneers Have Reached Out To CB Richard Sherman

The Seahawks have to be sick about losing a 24-9 lead in the third quarter. Still, Russell Wilson and the offense look great, and the defense has enough pieces to be solid.

Two games, two wins for Matthew Stafford and the Rams. Los Angeles now welcomes in the Buccaneers for a late-afternoon showdown.