Trevor Lawrence will not attend the NFL Draft 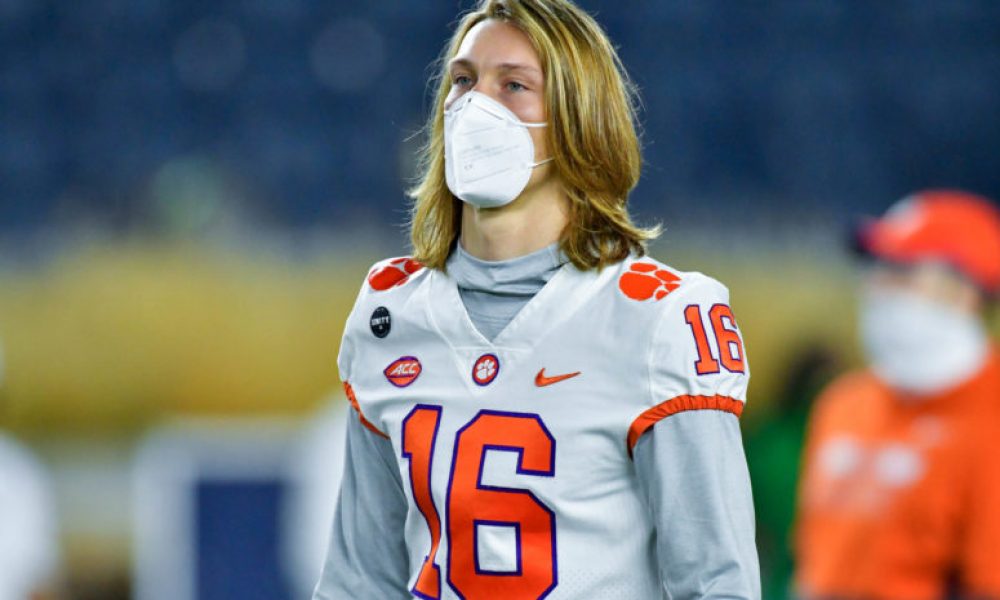 Presumptive No. 1 pick Trevor Lawrence won’t attend the 2021 NFL draft in Cleveland on April 29, according to ESPN’s Adam Schefter.

Lawrence will watch the draft at Clemson with “a few family members and friends,” per Schefter.

Presumptive No. 1 pick Trevor Lawrence is declining the chance to attend the draft in Cleveland and is instead choosing to watch it at Clemson with a few family members and friends, per sources. Despite NFL’s invite, Lawrence never wavered in his desire to watch draft at Clemson.

The former Clemson quarterback is expected to be selected by the Jaguars with the No. 1 overall pick. He could be one of four quarterbacks selected in the first four picks, joining BYU’s Zach Wilson, Ohio State’s Justin Fields and North Dakota State’s Trey Lance. Lawerence will be the first Clemson player selected with the No. 1 pick if he is the first player taken off the board in April.

Read: Giants Are Interesting Team To Watch In NFC

Trevor Lawrence enters the NFL following a dominant three-year run at Clemson. He tallied 90 passing touchdowns and just 17 interceptions in 40 career starts, adding an additional 18 scores on the ground. Lawrence and the Tigers won the national championship in January 2019 as they cruised past Alabama.

Jacksonville currently holds the No. 1 pick for the first time in franchise history. The Jaguars have drafted in the top ten in 12 of the last 13 years.